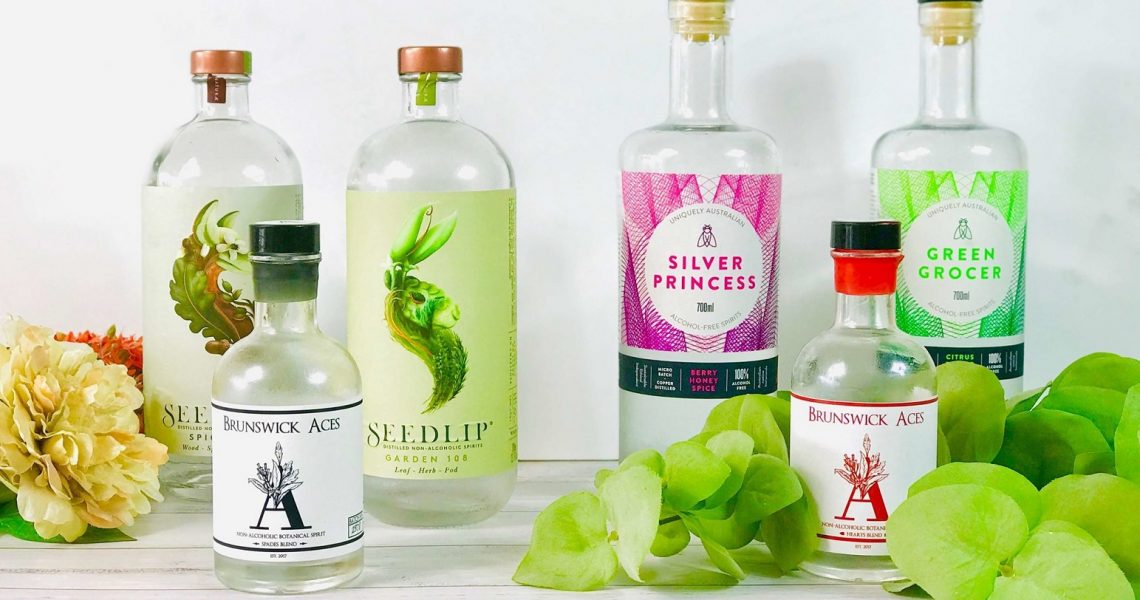 If you enjoy a drink – let’s face it, you wouldn’t be here if you didn’t – then not drinking when you’re out with people who are means having water, juice, soda, or a bright neon sugar bomb more commonly known as a mocktail.

But a growing crop of alcohol-free drinks is offering teetotalers options that smell and taste like the real thing, only without the negative side effects. Spanning beers, wines, and spirits, these alternatives come on the back of more people drinking less alcohol but still want to maintain their social lives.

“That’s the massive part of [going] alcohol free,” says Emma Pike, who co-founded Free Spirit, an online retailer that bills itself as Singapore’s first alcohol-free bottle shop. “It’s just the socialness. You don’t want to stand in the corner and drink a cup of tea or a glass of water whereas everyone else is having a good time.”

It’s a trend that’s happening worldwide. According to data from market research firm Global Market Insights, the low-to-no-alcohol beverage category in Asia Pacific is predicted to grow by 7% between 2019 to 2025, mirroring similar projections for the US and Europe. Non-alcoholic beer is set to dominate the category, accounting for over 80% of the total market share.

Alcohol-free drinks have also benefited from the growing spotlight on health and wellness. The typical beer, for example, contains around 150 calories while an alcohol-free alternative clocks in only around 25.

Producers both big and small have taken noticed. Mega brewers like Heineken, Carlsberg, Suntory and Guinness all have their own alcohol-free beers, as well as craft producers such as Mikkeller and BrewDog. Then there are brewers, winemakers, and distillers who focus solely on making non-alcoholic drinks such as Big Drop Brewing, Non, and Seedlip.

For retailers like Free Spirit, business is booming. Pike, who started the company with Rebecca Forwood in November 2020, says their sales that month skyrocketed three times more than expected. She is also working with a German brewer to create a line of Free Spirit non-alcohol beers.

Under Singapore’s law, as well as the US and the European Union, any drink below 0.5% ABV can be labelled as alcohol free. There are several ways to reach this. The most basic way is to apply heat, which causes alcohol to evaporate. But alcohol is a major carrier of flavour, and boiling it off usually results in a bland, lifeless drink.

To counter this, producers have turned to more modern techniques. Some use vacuum distillation, which lowers the liquid’s pressure so less heat is needed to eliminate the alcohol. Others apply reverse osmosis, which requires zero heat and works by filtering alcohol from the aroma compounds. The alcohol is then distilled away and the compounds are added back into the concentrate.

Despite the lack of alcohol, these products are not cheap. They still come from the same ingredients as your favourite gins and IPAs. Factor in the additional high tech steps, and you have buzz-free drinks that cost about two-thirds of their alcoholic counterparts. And unlike big brewers, which can price their non-alcohol beers aggressively, craft producers have little room to maneuver. But Pike believes it’s the non-boozers who will take to these options more than regular drinkers.

“We’re finding that people who drink alcohol question the price and people who don’t, don’t even ask,” she says. “They just want options and to be able to fit in.”

Restaurants and bars have similar concerns. Pike, who has been talking to a number of establishments in Singapore about listing alcohol-free drinks, says they are wary of price-conscious consumers and the shelf life of these drinks. Alcohol, after all, is a preservative. But she feels it’s just a matter of time before alcohol-free drinks become mainstream.

“Going back 20 years, vegetarians didn’t even have vegetarian options on the menu,” she says. “Now you can’t go to a restaurant that does not have that option. That’s what we’re hoping for in the future. You can go to a bar and there’s always an alcohol-free option that’s not a mocktail or some kind of sugary drink.”

Alcohol-free producers to look out for

English brewers Big Drop was launched in 2016 by Rob Fink and James Kindred, two friends who were frustrated by the lack of quality alcohol-free options in the British market. They teamed up with brewer Johnny Clayton – formerly of The Wild Beer Co – to make alcohol-free beer that doesn’t require alcohol to be artificially removed. Clayton does this by using a particular yeast strain that ferments the beer to around 0.5%, and formulates a mash consisting of barley, rye, wheat, and oat for flavour. Their first beer, a milk stout, was released that year to rave reviews. They now have a variety of styles including a lager, pale ale, IPA, porter, brown ale and sour.

Non is the outlier in this category. While others seek ways to eliminate alcohol, Non uses ingredients to recreate the experience of drinking wine. Founded by ex-Noma chef William Wade and marketer Aaron Trotman, Non uses fruits, flowers, vegetables, spices, and other natural seasoning to create five different styles ranging from a farmhouse cider to a light red. The drinks come in a variety of dusty orange and red shades, are bottled under a crown cap, and served chilled in wine glasses. For the uninitiated, it’s just like drinking a trendy pet nat.

Melati was founded by Indonesian native Lorin Winata as a non-alcoholic aperitif. It’s made from 26 botanicals like goji berry, hibiscus, red kampot pepper, ginger, and clove, which are sourced both locally as well as around the world. The ingredients are cold pressed, filtered, then blended together in Singapore, and only 500 bottles are produced each batch. It’s aromatic, fruity, bitter, and spicy, as any good aperitif should be, and meant to be enjoyed as a spritz: over ice in a wine glass, topped with tonic water or any form of bubbly, and garnished with a slice of orange.