Daishichi, the sake brewery defying the mainstream in pursuit of their craft 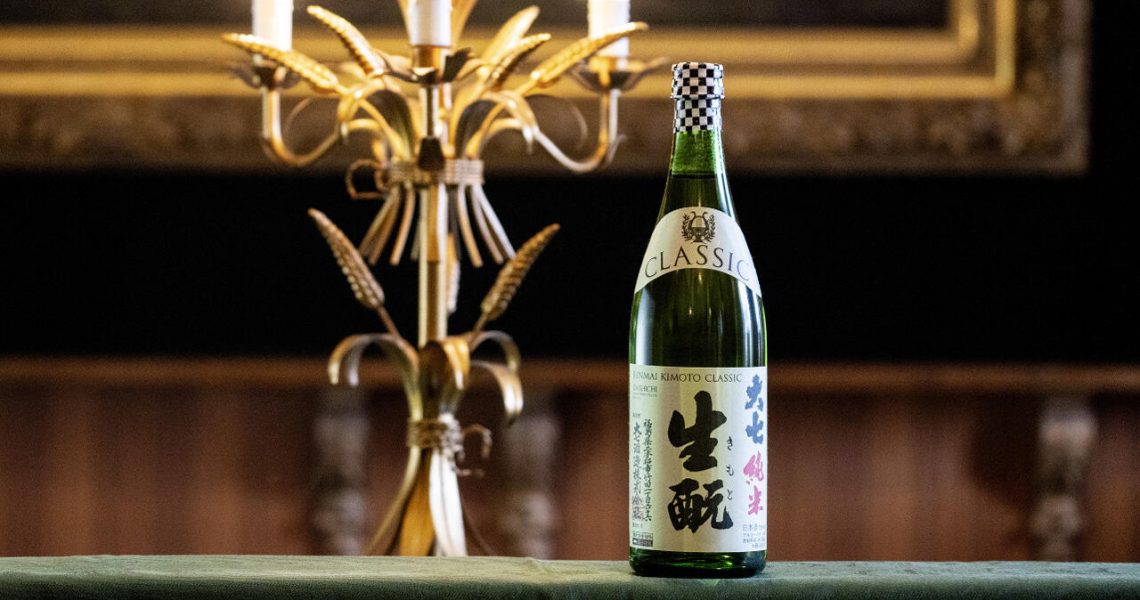 Flat rice polishing, anoxic bottling, and the kimoto method. If these terms used in sake making sound somewhat alien to you, fret not, it’s also unfamiliar to many of Japan’s sake brewers today.

Yet, these are just some of the ways Daishichi – a sake brewery in Nihonmatsu, Fukushima – has employed to make sake the way they deem fit.

We recently had a vertical tasting of seven of the award-winning brewery’s sakes as it took on new distributorship in Singapore, and found their range of brews to be wonderfully complex, though perhaps hard to grasp at first.

But to understand and properly appreciate why their sakes are worth the time and effort to explore, we must first look at the processes that take place behind the scenes.

From their entry-level brew all the way to their ultra premium range, they eschew the use of time-saving brewing techniques adopted by most modern sake breweries. They believe there’s great merit in the methods used long ago, even though it demands more labour and longer brewing times.

That laborious technique they use is known as the kimoto method, and it takes roughly three times as long to make sake this way compared to more modern methods. It is also the original way sake was made.

If you’ve ever seen an image of two sake brewers each using wooden poles to mash rice in a tub into a pulp, that’s a step in the sake making process only the kimoto method uses. It’s hard work, but according to Daishichi, it creates higher quality sake.

While normal sake deteriorates quickly over time, they have found that kimoto sake actually matures and becomes more delicious as it ages. Sake made this way also features a longer lasting fragrance, allowing desirable aromas to linger for longer.

We’ve definitely found those traits to be true from the tasting, though we’d add that those aren’t the characteristics that stood out the most. Rather, there’s a density and balance of flavours unlike most sakes we’ve tried.

No one singular note sticks out. While many prized sakes out there are proud of their melon aromas or umaminess, Daishichi’s brews, especially their daiginjos, offer such an abundance of salient notes that it’s a challenge to pinpoint one specific trait to love.

More importantly, they all incorporate well into a unified experience. By one account, the mid-range Daishichi Junmai Daiginjo Minowamon at once tastes of pears, peach, bananas, mangoes and raisins, coupled with a velvety body, illusion of creaminess and soya sauce richness without the saltiness.

The thing about the Minowamon is that it is also the first sake brewed using flat rice polishing (or super-flat rice polishing), a technique pioneered by Daishichi and first proposed by a government technical officer named Tomio Saito (check out his original Japanese academic paper).

Since the capability to polish rice this way was invented, Daishichi process all their rice using this method alone. So what’s the big difference between the way flat rice polishing works and the usual way rice is polished?

It polishes rice grains consistently according to the oval shape of the rice, as opposed to the conventional method where the top and bottom are polished excessively while leaving the middle under polished.

In an industry where the polishing ratio of rice dictates the grading of your sake, it is perhaps brave and astute of Daishichi to pursue alternative (and better) ways of polishing rice rather than compete for the most impressive, sometimes meaningless, numbers.

What’s meaningful however, is that flat rice polishing actually challenges the fundamental ways we understand and talk about sake grades today (but that’s a story for another time).

Also, the way they’ve honed their rice polishing craft goes to show that Daishichi’s insistence on using the traditional kimoto method doesn’t mean they dislike innovation. On the contrary, the method to their madness seems to be best explained as the pursuit of whatever works best, regardless of whether it’s ancient or modern.

Another way this is evident is with the way they’ve been bottling their sakes. Again, dissatisfied with conventional methods, they’ve implemented anoxic bottling for all their sakes, the first in Japan to do so.

Through this process, the sake is never once exposed to atmospheric air, meaning there’s zero chance of oxidation and spoilage. In simple terms, it works by filling the empty bottles with nitrogen before filling it with sake from the bottom up. As the bottle fills, the nitrogen acts as a layer between the outside air and the sake, ensuring oxygen never touches it.

It may not seem like much, but the extra effort put in at the bottling stage shows how committed the brewery is to attaining a level of quality not often seen in the market. For them, it seems nothing is off the table when it comes to attaining an even higher standard.

And despite the amount of labour and investment that goes into producing Daishichi sakes, you don’t actually have to dig deep into your pockets to get a taste.

Their entry-level Daishichi Junmai Kimoto showcases how even a lower grade sake (by conventional terms) can benefit from flat rice polishing and the laborious but rewarding kimoto method. Clean but creamier and richer than most other sakes of the same grade, it is supremely suited as an accompaniment to foods.

But definitely work your way up their range. A pinnacle of their pursuit, the Daishichi Junmai Daiginjo Myoka Rangyoku, takes it to another level by first having brewers manually sort out the rice grains individually. Only the best ones are handpicked for the making of this prized brew.

For everyday drinking though, we’d recommend the Daishichi Junmai Ginjo Masakura. It’s a ginjo grade by usual standards (since its polishing ratio is 58%), but punches way above its class thanks to the techniques used by the brewery.

It’s one of those sakes where you won’t think that it’s a ginjo grade from taste alone. Plus, it’s versatile. It pairs well with a wide assortment of cuisines, yet has enough layers and aromas to appreciate if you’re looking to enjoy the sake on its own.

Still, it’s in their ideals where we found the most reason to love a Daishichi brew. Edited for clarity, a sentence on their website reads: “When talking about sake, it’s meaningless to say what rice polished down to what ratio was used in the brewing.”

In a world where sake is immediately given attention or dismissed simply based on the amount of polishing that went into each grain of rice, we like how a brewer (in a highly conforming culture, no less) is making a stand to point out how pointless that mentality actually is.

They’re just doing what they do best, staying away from vanity projects, while putting in the hard and smart work needed to ensure improvement upon their craft one step at a time. That’s something we can definitely kanpai to.

Daishichi is distributed in Singapore by Inter Rice Asia.