Explore the world through gin this World Gin Day 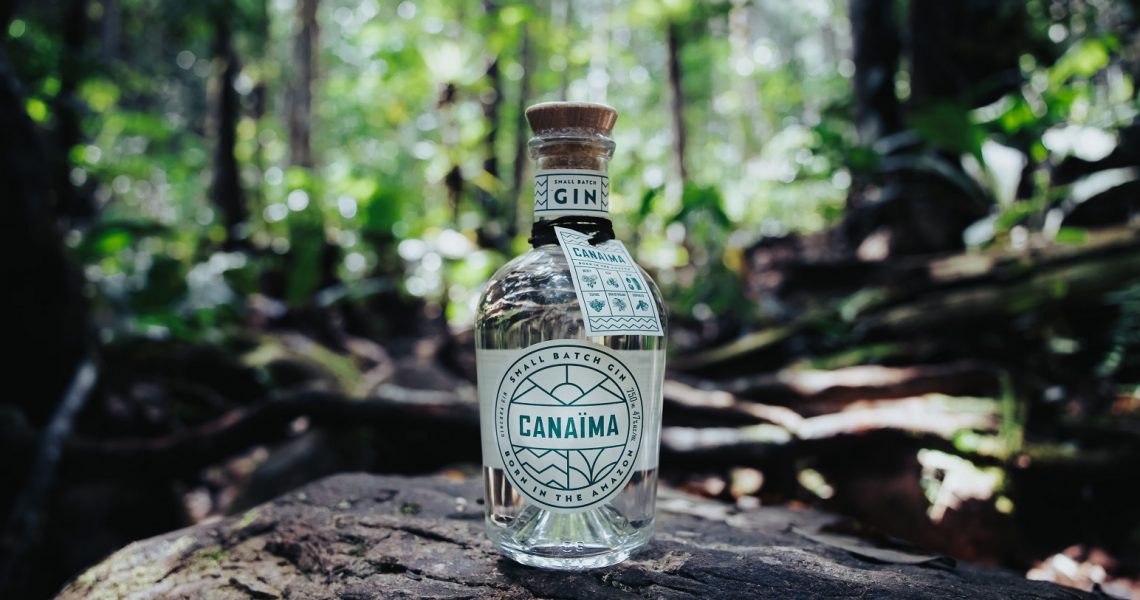 World Gin Day (Jun 12) quickly approaches and it’s a great excuse to broaden your gin collection. Some connoisseurs will tell you that gin is just flavoured vodka. While this does ring true to a small extent, does this catchall definition do gin justice?

After all, man has argued over who makes the best gin, gone to war armed with gin, exaggerated gin’s medicinal properties and feigned illness just to drink gin.

Most experts agree that gin originated from around north-western Europe. While historians have found evidence that humans began fermenting alcohol from plants and vegetables as long as 9,000 to 15,000 years ago, Europeans only began distilling alcohol in the 1300s after they developed more sophisticated distillation techniques.

To distil is to boil and condense only chemicals of a specific boiling point. In this case, man sought to yield only the chemical that would get them drunk – ethanol. By definition, gin is what you get from distilling a fermented mixture, then flavouring the distillate with botanicals like juniper. Distillation became a big hit, because it takes away many chemicals that might kill you or give you a hangover.

Jealous producers of other spirits have unsuccessfully tried to unseat gin, but the global gin renaissance shows no signs of waning. Even in Singapore, the gin scene has grown over the past few years from zero local brands to seeing the likes of Brass Lion, Compendium, Singapore Distillery and Tanglin emerge.

If you’ve tried all these Singapore gins and still possess a wide-eyed wanderlust for gin, travel the world by trying these ones from across the globe, all now distributed in Singapore. You can find these gins in local bars, online stores and physical stores.

Gin takes its name from the Dutch word for juniper, genever (gin’s primary ingredient; no relation to the city of Geneva). Why juniper? Distillation technology around the 1500s was far from perfect and distillers discovered that the fragrance of juniper berries was perfect for masking the miasma that arose from old gin’s imperfections.

To experience what gin tasted like in that era, take a sip of genever, the national liquor of Holland. You might find this early incarnation of gin to be quite an acquired taste. Cherished by old Dutchmen and currently being discovered by inquisitive gin cognoscenti, genever wields punchy flavours of nut and malt which are the product of its crude style of distillation.

The Dutch like shooting shots of genever from genever glasses that have been chilled in the freezer. The act of partaking in a shot of genever is called a kopstoot (headbutt) and is traditionally done without using one’s hands. When a shot glass of genever is sunk into a pint of beer before consumption, this route to inebriation is called a duikboot (submarine).

The English would refine genever into London dry gin, a spirit that many are familiar with today. The Australian descendants of the English too enjoy distilling herbaceous liquor their own way. Produced on a 400-acre property in Tasmania, Lawrenny’s gin is the product of dry summers and unbridled Antarctic winds. This brand is all about terroir and distils its gin using mineral-rich water from lakes and from the ground. Its various lines of gin are flavoured with almonds, lime flowers and strawberries from the Lawrenny estate’s orchards.

Lawrenny van Diemen’s Gin smells like springtime – one might be able to identify nuances of citrus, fennel, strawberry and vanilla. Another flagship product of Lawrenny, Lawrenny 1818 Settlers Gin is 10 percent higher in alcohol content than van Diemen’s. Robust and unabashed in flavour, this gin dedicated to Australia’s hardy migrants is infused with apples, cardamom, elderberries, pimento berries and rosemary.

Just across the Tasman Sea, Scapegrace gin was founded by two brothers-in-law, Mark Neal and Dan McLaughlin, who desired to create gin that Kiwis could be proud of. Produced on New Zealand’s North Island, Scapegrace is made with mountain water that has been filtered through New Zealand’s Southern Alps. It is distilled in a 19th century John Dore whisky still, before it is flavoured with 12 botanicals that include angelica root, cardamom, cassia, cinnamon, coriander, cloves, juniper berries, licorice root, tangerine and peels of lemon and orange.

The brothers-in-law have done New Zealand proud, having captured many awards around the world. Scapegrace was even named Best London Dry Gin in a competition held in London. If you fancy fruity and earthy gins, give Scapegrace a try. While you’re adding it to your cart, consider picking up some of Scapegrace’s dark chocolate too, which is concocted to accentuate the flavours of this small-batch spirit.

Elephant (Africa, by way of Germany)

This small-batch gin isn’t exactly African, but is inspired by the continent and its wildlife. Made in Hamburg, this gin that sports handmade labels is flavoured with baobab. If you pick up the taste of blackcurrant, that is actually a similar-tasting plant called buchu. Other unusual and uniquely African scents that you might pick up come from botanicals like African wormwood, lion’s tail and devil’s claw.

Elephant Gin contributes 15 percent of its profits to two charities dedicated to elephant conservation, which are the Big Life Foundation and Space for Elephants. That’s a big enough reason for us to drink more.

When it comes to having a taste of Canada in a gin, leave it to Montreal-based grain-to-bottle distillery Cirka to show us how it’s done. Showing off the rich terroir of Quebec in a bottle, their gins are made using only local grains, and with botanicals sourced from the region’s forest. Their Cirka Gin Sauvage does just that, showcasing the wild aromatic treasures found throughout Quebec’s forests with an infusion of 33 local botanicals.

Give their Vodka Terroir a try too. It’s actually the base spirit they use to make their gins, and unlike most neutral vodkas out there, theirs is creamy and velvety and boasts fragrant popcorn notes. It’s thanks to the 100% use of Quebec-grown corn to make, thus the name of the vodka.

You might have heard chatter about Xibal, a Guatemalan gin that recently arrived in Asia. Named after the Mayan underworld, Xibalba, Xibal sports a bottle inscribed with traditional glyphs and symbols. It contains symbolic botanicals and local produce pay homage to ancient Guatemalan society, pre-Columbian Mayan culture and modern-day Guatemala.

Distilled by hand five times through a copper alembic in a micro distillery, Xibal is infused with a mixture of native ingredients like bay leaf, black pepper, cardamom, lemon, orange and pericón. Citrus, cardamom and pepper dominate the top notes of this versatile gin, which is especially good for citrusy cocktails.

Fragranced with grapefruit and passionfruit, Canaima gin is made at the foot of the Andes Mountains at La Miel, Venezuela, by the craftsmen of Diplomático Rum. The exotic local fruit and botanicals that go into this memorable gin include açaí, merey and túpiro, which is a fruit valued by indigenous tribes for its nutritious qualities.

10 percent of Canaima’s sales go to supporting NGOs like Save The Amazon and Fundación Tierra Viva, which work toward reforestation and improving the lives of natives.

Before the unveiling of Ki No Bi gin in 2016, the Japanese regarded gin as the drink of riffraff. Made by gaijin, Ki No Bi enjoyed immense unexpected success, which flagged off a race among the very competitive Japanese to create the world’s greatest gin. Sporting a hefty price tag, 9148 gin by Benizakura Distillery needs to be tasted in order for one to fathom its asking price.

The name 9148 is a play on George Orwell’s novel 1984, which describes a putrid gin. As the Japanese do, the artisans of Benizakura Distillery poured their hearts and souls into this sophisticated spirit, which turned out quite the opposite of George Orwell’s imagination. Its constituents include apples, cherry blossoms, dried daikon, dried shiitake, Hidaka kelp and matcha, which are sourced from the vicinity of this Hokkaido distillery.

Amass’s 29 botanicals celebrate the rich natural landscape of California and are a metaphor for the diversity of the cosmopolitan state. This incredible spirit’s top notes are dominated by California bay and Cascara Sagrada, which are complemented by the umami characteristics of Reishi mushroom and lion’s mane mushroom. One might also pick up gentle notes of cacao, ginger and hibiscus when savouring this endearing spirit. All these carefully curated botanicals translate to a mesmerising bouquet that add a multifaceted richness to any cocktail. Add a little water or soda and the flavours reshuffle.

Amass isn’t just a gin brand – the company makes sanitiser, scented candles, soap and other home accessories too, which are inspired by urban life in California and the flora of its countryside. Amass’s other flagship spirit is its elegant vodka, which surprises imbibers with its subtlety and lack of the unpleasant backwash that one expects from vodka.

PrevPreviousKavalan claims best single malt title at spirits competition in Tokyo
NextI had an early taste of Singapore’s first whisky, and here’s why I think it’s a game changerNext
Menu