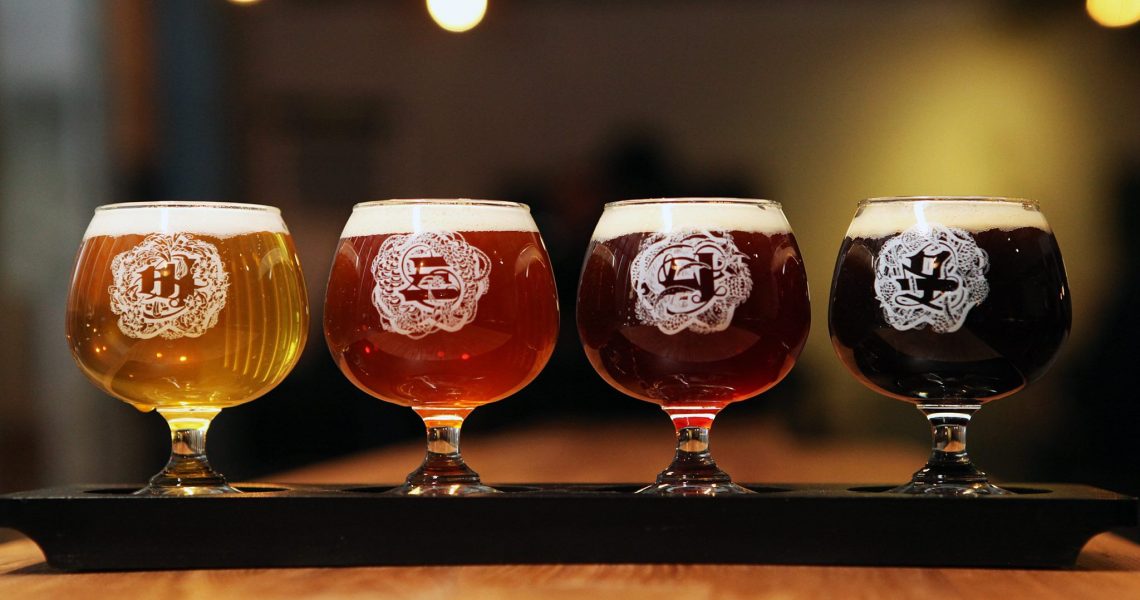 Think of Korean alcohol, and soju and makgeolli probably come to mind. Never craft beer. Even for someone born in South Korea like myself, this generalisation holds true.

But if I were to try to think of a Korean beer, there is one brand that always pops into mind, and it’s one whose roots can be found in Gangneung, a city just a couple of hours drive away from Seoul.

It may seem like an unlikely place to be thinking about Korean beer and brewing. But it is in that historic city where one of the best craft beers in the country is being made.

The reason why Seoulites would usually visit Gangneung is the scenery. Peaceful ocean breezes and picturesque lake views await. But for drinkers (myself included), another joyful reason to visit is Budnamu Brewery, a place that has gained fame for being where the most ‘Korean’ craft beer is being made.

Back in the 1920s, before it was Budnamu Brewery, it was Gangneung Takju Factory (takju is another name for makgeolli). It had operated since 1926 at the exact same spot, though brewing delicious Korean rice wine rather than beer back then.

Like most traditional breweries however, the factory struggled with a decrease in market demand over the years, eventually leading to closure in 2014. Still, it was a good, long run by any standard.

In September 2015, Budnamu Brewery opened at the same spot. It started with a ‘Drinking Circle’ of sorts. “It was a club where people who studied Korean traditional alcohol gathered together,” explained Changho Lee, CEO of Budnamu Brewery, who was part of this circle.

Some of these members regularly visit local breweries, and they wanted to try something fresh and inspiring. They wanted to make Korean style craft beer rather than makgeolli. Though they were amateurs, they were inspired, and became professionals over time as they sought advice from brewers and experts. Finally, they decided to open their own brewery.

But of all places, why in Gangneung? “We considered Seoul or Jeju as well,” said Lee, who reasoned that “it simply felt right at first sight”. He then reminisced the moment when they first bumped into the old Gangneung Takju Factory. “And that was it,” he exclaims.

“Gangneung is surrounded by mountains and sea, and a lot of traditional breweries have roots here. We are just happy to continue the legacy by turning the old takju factory into a brand new brewpub.”

Even as Budnamu Brewery forges a new path, they also sought to remind everyone of the place’s history by maintaining some old elements. The original structure was kept, nothing was torn down, though the two-storey building was converted to a single storey for convenience.

To keep the look and feel of the old brewery, brewing is even done at the room where nuruk (yeast used for making makgeolli) used to be kept.

Timing was everything. Back in 2014, when Budmanu Brewery was preparing to begin operations, it was a significant year for the Korean craft beer industry.

Before then, microbreweries weren’t allowed to sell outside their own premises. They were allowed to manufacture, but could only sell within the brewery. There were limits to brewing styles too. Mostly only German styles (as defined by Reinheitsgebot regulations) were allowed. Beer prices were thus not consumer-friendly, and lots of craft beer breweries couldn’t stand up to competition with the larger companies.

Nevertheless, the love for craft beer never disappeared. The interest really began to swell in the early 2010s in Korea. American style brewpubs and small breweries started popping up, especially around Itaewon, Seoul, where many foreigners gathered.

2014 was a turning point. It was then when the liquor tax laws were revised, easing brewing conditions on microbreweries, and allowing them to sell products outside their premises. “Craft breweries were springing up then, and Budnamu was one of them,” says Lee.

Most craft breweries were founded within Seoul or a suburb of it, which made Budnamu Brewery stand out as well, being located in Gangneung instead. It got really famous after it became one of the must-visit spots in town, thanks in no small part to the growing appeal of craft beer across the country.

Budnamu then expanded its distribution throughout South Korea, and started to sell their products in major domestic markets in 2018. The year before, they had even opened a second beer facility, with around five times more brewing capacity (clocking in at 500,000 litres per year) than the first one.

Says Lee: “Now we produce our existing beers and bottle them in the first factory, and the second site is used for doing experimental pilot brews.”

The most Korean craft beer

Still, the success of Budnamu Brewery was not all due to good fortune. It’s their products, an absolutely unique range of beers, that are in many ways, the most Korean out there.

In the brewery, find Korean rice, pine, and even changpo (sweet flag, a wetland plant) being used as ingredients. Budnamu’s signature beer, Minori Session, is made of rice grown in Mino-ri, a small town in Gangneung. Since Gangneung is also famous for its pine trees, there is also the Pine City Sejong beer, made of fermented pine liquid.

And let’s not forget about their famed Changpo Ale. It’s made using sweet flag root, an ingredient that is deeply entwined in local culture. In the past in Gangneung, the elderly would wash their hair with changpo during the day of a local festival called Danoje. It’s all very local. Even the name Budnamu means willow tree in Korean.

This sense of locality can be seen in the food menu found at the Budnamu Brewery pub as well. While fusion, everything has something Korean in it. Think Greek-style roasted chicken with diced green garlic, pizza topped with kimchi made in Gangneung, and more.

“Our identity is Gangneung. We spend a lot of time planning how to combine local ingredients with what we offer, not just in our beers but also our food, as well as the general vibe we create,” explains Lee.

Currently on Budnamu’s R&D pipeline is a New England IPA style beer, Hazy White, which is made using rice. A sour beer is also in the works, which is being done as a collaboration with a local university that’s developing lactobacillus extracted from kimchi. That’s the extent they’re going to make something truly local.

“In the early days when the brewery just opened, most of our guests were visitors from outside the city. But nowadays, we see local residents visiting more and more. Almost 50% of all our guests are local. They often say that they are growing together with the brewery,” remarks Lee heartily.

That is another thing that makes Budnamu Brewery prominent. Not just about company growth, it had always been more about developing the city’s local economy. The launch of Minori Session in 2016 was case in point. Budnamu, noticing that rice consumption had decreased sharply over the years, signed an MOU with Mino-ri township and produced beer using the locally grown rice, leading to the revitalisation of the rice farms there.

They even have a ‘My local hero’ programme, where at the beginning and end of each year, Budnamu will select someone known to have served the community well, to then make a special beer for him or her. The revenue is then donated to a cause of the hero’s choosing.

Taking it a step further, in July 2019, Budnamu held their first beach beer festival in Gangneung to spread even greater awareness. The Gyeongpo Beach Beer Festival (GBBF) saw 18 breweries from all over South Korea take part, and attracted 30,000 people over the three-day bash.

Hoping to be part of the daily lives of Gangneung citizens too, they also offer their pub space for meetings or educational events. Book and Beer, a programme that has been ongoing for over 4 years now, is one such initiative. The brewery collaborates with five local bookstores to curate books according to the theme of the month, and guests who purchase a book get a free beer too.

“We exist for Gangneung and we make Gangneung beer. We hope to be a cozy and warm place for everyone. We’re going to continue to develop unique local beers by communicating with the local community and working together,” Lee enthuses. “We are proud to be going worldwide by first being authentically Gangneung.”

Find out more about Budnamu Brewery on their Facebook page.

PrevPreviousThis new koji whisky is changing the way we think about Japanese spirits
NextSpas, gyms and florists can tap on rising no- and low-alcohol trend, research saysNext
Menu