Wet your whistle with these newly launched collab beers, whiskies and cocktail menus 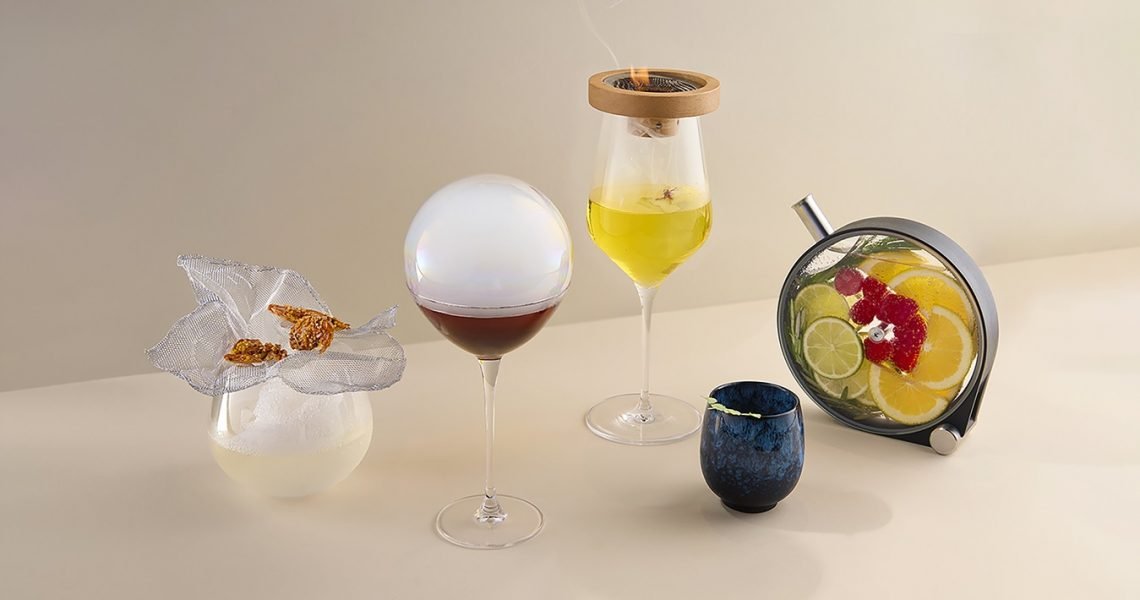 From craft beer collab brews to new whisky launches and refreshed bar menus, there’s plenty of new and novel tipples to be enjoying as we approach the final 2 months of the year – and we haven’t even started on the year-end offerings yet.

So before we get into festive season proper, head on out and partake in delicious drops of these invitingly recent additions to the drinks scene. There’s bound to be something to tickle your fancy.

Being a hotel bar and tea lounge named after the year that the Tanjong Pagar Dock Company (the forerunner of today’s Maritime and Port Authority) was founded, 1864 at Sofitel Singapore City Centre continues paying homage to its inspiration and location in downtown Tanjong Pagar with a new cocktail menu that takes guests on a voyage through five key ports located along the historic Maritime Silk Road.

In it are 15 drinks that cruises through the ports of call of Italy, Kenya, India, Singapore, and China. The stiff and herbal Yā Piàn (or opium in Mandarin) is a distinct mix of Botanist gin, rosso vermouth, Fernet-Branca, and orange bitters, and served sealed with woody smoke resembling the waft of opium pipes. We also especially enjoy the Caffè Noir. Inspired by Kenya’s famed coffee beans, this is a rich and creamy concoction of mezcal, Kahlúa, Amarula, agave, and espresso. All cocktails are S$25.

Local craft beer stalwarts Brewlander have been pumping out solid seasonals, while popular Mayfair import Burger & Lobster have been collaborating with local breweries to come up with crazy cool brews (like that Lobster Saison). It makes sense then that the two brands are now collaborating to launch a beer together, with none other than spirits giant Remy Cointreau also getting into the mix with their namesake citrus liqueur.

Fresh from the announcement of K-pop sensation Blackpink’s Lisa as their new Asia brand ambassador earlier this year, whisky brand Chivas continues its push towards a new generation of drinkers with the Chivas XV, a 15-year-old blended Scotch that’s finished in cognac casks.

The result is a whisky boasting rich raisin and baking spice notes, with a mid palate of vanilla, butterscotch, and poached pear. It’s meant to be enjoyed neat, on the rocks, or in cocktails, being a versatile and accessible spirit for many. Chivas XV adds to the brand’s core line-up, which currently includes 13-. 18-, and 25-year-old expressions, among other special edition bottles.

The cosy and inviting shophouse bar on Duxton (found at the second-floor space above one-Michelin-starred Restaurant JAG) is a year old, and proprietor of Flow Bar, Ricky Paiva, known for his expertly crafted cocktails and effortlessly warm hospitality, is dishing out six new drinks spread across four of his menu pillars in celebration.

Start with the Cougar Paw for a gin-based tipple made refreshing with lime and mint, plus a hit of prosecco that helps lift the drink’s aromatics and enhance its mouthfeel. We enjoyed the Patina most. The spirit-forward cocktail is a mix of whisky and various amaros and liqueurs, resulting in a stiff, herbal, and honeyed drink with just a hint of chocolate. All cocktails are S$25.

Hilton Singapore Orchard’s lobby bar and lounge has come up with a refreshed offering. Bloom, as the menu is called, is inspired by Orchard Road’s plantation-rich history, and highlights many native fruits, herbs and ingredients through 17 creative and aesthetically pleasing creations.

The In Full Bloom (S$22), one of Ginger.Lily’s signatures, is actually a drink served in a porthole infuser filled with citrus fruits, herbs, and berries together with a peach liqueur. The Seashell (S$24) is the one that impresses most. Find notes of lemongrass, lime, sea breeze, and elderflower in this Gin & Tonic-like drink. We especially find the garnishing of spicy crab snacks and flavoured foam a welcome delight.