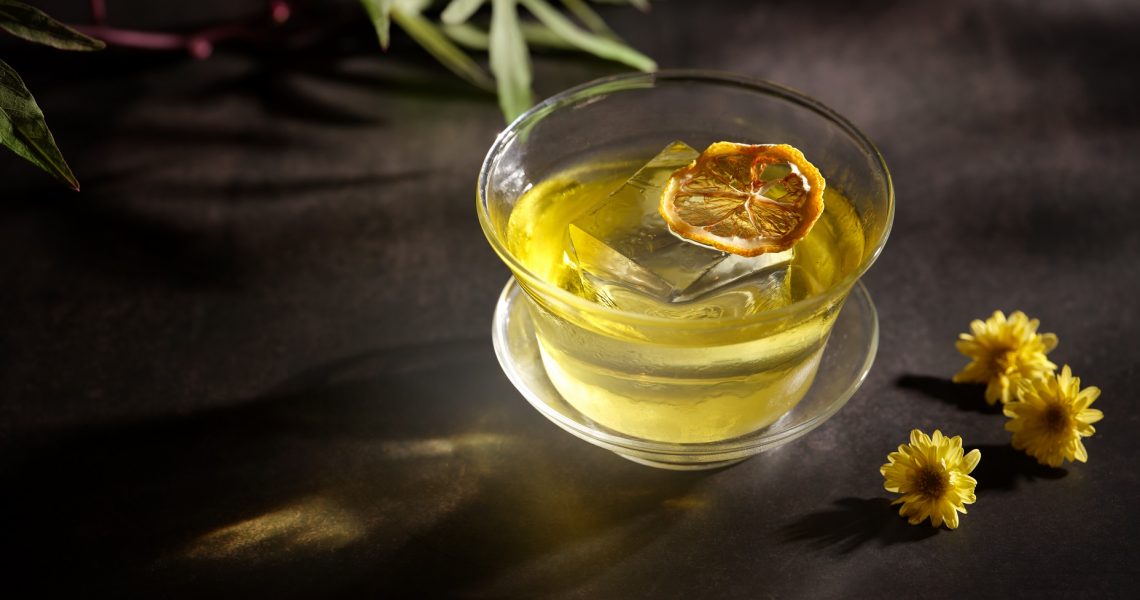 Above image: The Chrissy Blanc

Cocktail bars that offer great food are part of guest expectations these days. And we get it. Good drink deserves to be paired with good nosh. Afterall, you wouldn’t want bad eats to ruin the overall experience.

At the newly opened Chuan by Nutmeg, a concept from the folks behind Singapore stalwart Nutmeg & Clove, the meeting of this culinary expectation is ensured not by an able chef at the helm, but rather, through a collaboration with famed Chinese restaurant Si Chuan Dou Hua.

It’s the location of Chuan that has enabled this. The cocktail bar has taken over the space right beside the iconic Si Chuan Dou Hua outlet on the panoramic 60th floor of UOB Plaza, and the two brands work hand in hand to offer up complementary items.

The bartenders of Chuan, obviously, are experts when it comes to cocktails with an Asian flair, while Si Chuan Dou Hua is renowned for their Chinese fine dining chops. This results in a symbiotic relationship, where both can tap onto each other’s expertise for the best of both food and beverage worlds.

“When Si Chuan Dou Hua was looking for a bar partner, we jumped at the opportunity as we recognised a lot of synergy between our brands,” says Colin Chia, founder of Nutmeg & Clove and Chuan by Nutmeg.

“While Nutmeg & Clove is known for its modern Singaporean cocktails and casual, fun atmosphere, Chuan By Nutmeg is designed to delight the senses where guests can appreciate the fantastic view over quality cocktails and scrumptious bar bites.”

The inaugural 8-drink cocktail menu at Chuan, aptly named The Tea Collector, is a co-effort of Chia and Shelley Tai, general manager and bar manager of Nutmeg & Clove. Recognising Si Chuan Dou Hua as a veritable tea institution with an impressive collection of teas, this first menu pays homage to that myriad of flavours and profiles tea offers.

This results in drinks (all S$21) like the Goddess Highball, a great first drink as highballs usually are, made using a tie guan yin tea cordial, haku vodka, grapefruit bitters and soda water. It seems simple (like most highballs may seem), but is truly on point with its balanced tea tones.

Another drink that got it right is the Chrissy Blanc. A spin on the white negroni, this version uses Monkey 47 gin, gentian liqueur, and a chrysanthemum vermouth for a less bitter, more aromatic take on the classic. It’s light enough to start the evening with, yet with enough complexity to make it a fantastic second or third tipple.

The LS-D and the Old Treasure Fashioned are the strongest drinks of the bunch, and make for excellent night caps. We prefer the former for its good use of lapsang souchong tea to give it a smokiness that pairs perfectly with its bourbon base, while the latter is amazing as a slow sipper with Scotch and eight treasure tea giving it plenty of layers for the palate to explore.

Other than the tea creations, brand signatures like the Nutmeg & Clove Classic Martini, a seriously stiff concoction made using Ki No Bi Navy Strength Gin, Beefeater London Dry Gin, and a house-blended vermouth, will keep regulars happy too.

The Mala Chong Qing Chicken (S$15) is a moreish must-have, while the Oyster Egg with XO Sauce (S$12) is an umami bomb of an oyster omelette that pairs well with the tea-leaning drinks. For heavier eats, the Crispy Pork Belly with Fermented Beans (S$15) will fill you up nicely, or go for the Shallot Oil Tossed Noodles with Sakura Ebi (S$12) for a gratuitously gratifying carb dish.

There’s already enough to keep guests coming more than once. But Chia isn’t satisfied with what’s already available. He adds: “Moving forward, we plan to introduce a whiskey trolley and a tableside martini service to further elevate the experience for our guests.”