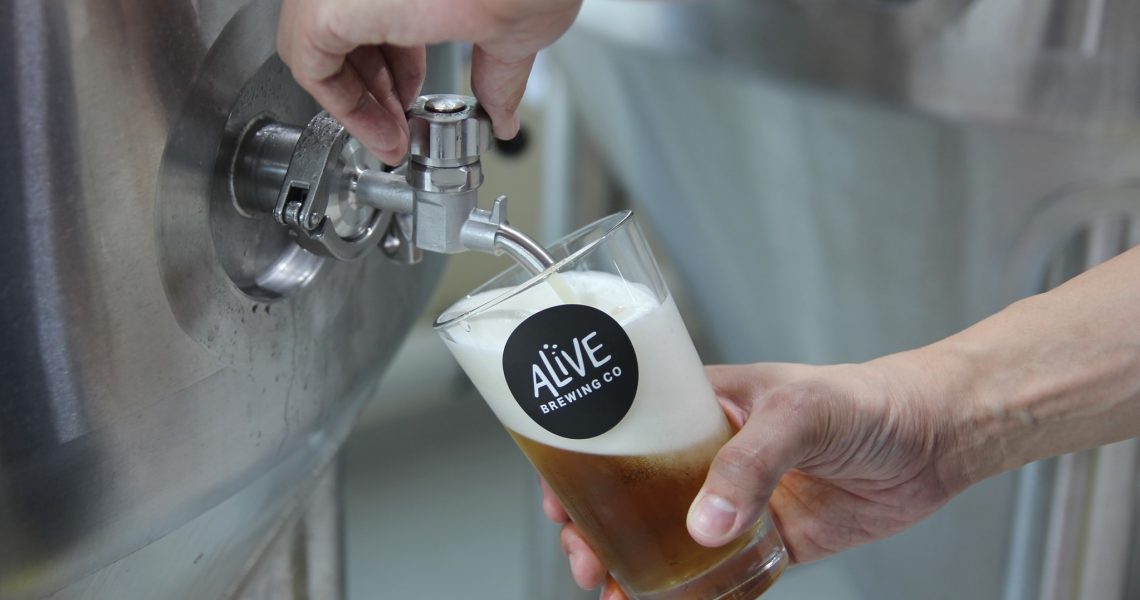 Being hit by a dine-in ban for the third time since the onset of Covid-19 is decimating Singapore’s nascent but burgeoning craft beer industry.

Even as consumer-facing bars and restaurants seem to be taking the brunt of it, craft beer brewers, distributors and retailers have rallied behind a common banner, saying that they too have been badly hit by the government’s lockdown measures.

In an unprecedented show of unity, Singapore’s independent brewers, taproom operators, boutique suppliers, and other craft purveyors backed a letter of appeal drafted by a steering committee. The document highlights how they have been overlooked as a sector, and calls for parity in treatment in line with the broader F&B industry.

Among the signatories in the document are stalwarts the likes of Brewlander, Brewerkz, and Rye & Pint, as well as those newer to the industry including Alive Brewing Co and Sunbird Brewing Company. Around 70 entities are being represented.

Articulating the problems the Singapore craft beer industry is facing, a paragraph in the letter of appeal states:

“With a ban in dine-in, every drop in revenue from the retailers has the same knock-on effect upon suppliers. Our distributors and producers are not as visible as food services, and are equally suffering the full effects of Phase 2 (Heightened Alert). The reduction in on-premise sales affects us as some 70% of our revenues come from the sale of beer kegs for on-premise consumption.”

Out of sight, out of mind

“The most visible part of the F&B industry is on the retail end, so we understand if there was some confusion for the Ministry of Finance, which might think that we are already covered,” states Kevin Ngan, a spokesperson for the provisional industry body.

“There’s possibly insufficient industry insight on the government’s end to understand the cost pressures of craft beer distributors and brewers in Singapore,” he adds. Ngan is also the founder of craft beer-related businesses such as Good Luck Beerhouse, The General Brewing Co, and Temple Cellars, among others.

He explains that the Singapore Standard Industrial Classification (SSIC) codes for distributors and brewers were not included by the authorities to qualify for enhanced JSS, a pandemic support scheme which sees the government co-pay a portion of employee salaries.

F&B businesses, for instance, see a significant 60% wage support during this third dine-in ban period. Craft breweries, deemed belonging to the food manufacturing industry, do not by default qualify for this scheme. Craft beer distributors too, are not automatically considered.

And even if they engage with the existing appeal system, it’s not certain if the process will be successful since it’s assessed on a case-by-case basis. It’s also uncertain to what extent support will arrive, since not all industries enjoy similar levels of provisions.

Ngan points out that rental relief measures aren’t extended to breweries either, since they’re housed in industrial, not commercial properties, which further exacerbates the problem.

“With most of our sales volume coming from draft beer venues and restaurants, a dine-in ban precipitously decreases our revenue, and immediately impacts our survivability and ability to keep our staff employed,” he exclaims.

Draft beer also does not pivot well to a delivery model. “We have recorded drops of revenue as drastic as 90% for some of the venues that we have spoken to,” says Ngan, adding that it’s not “for a lack of trying”.

Bottled draft beer, often sold in bomber bottles, have become a new product type introduced by several taprooms in town since Covid-19 hit. While sales of these were brisk during Circuit Breaker, it is no longer the case now.

There is a level of consumer fatigue when it comes to deliveries. While the first round of lockdowns saw demand surge for stay-home drinking, partly due to a wave of support for local businesses, that demand has now waned as the crisis prolonged.

The inability to actually see the tapping of beer and enjoying them on the spot also limits draft delivery’s attractiveness as a product, since drinkers can simply purchase packaged beers instead.

As for suppliers, the situation isn’t much better. Kegged beers, which now sit idly in warehouses since bars are closed for dine-in, are not allowed to be repackaged into cans or bottles due to food safety regulations. Quality and health issues that arise during the process also makes it an untenable endeavour.

[Read more: The changing face of the pandemic-induced bar delivery game in Singapore]

What happens then, to all the kegged beers that aren’t moving? Unlike pasteurised commercial brews, craft beers have a limited shelf life (sometimes only up to 3 months), even if they’re properly kegged and stored in cold rooms.

So, like all perishable goods that have gone past their best before date, these craft beers are simply disposed of.

Adding to the revenue woes of the industry is the fact that most beers that are already produced and sitting in tanks and storehouses have to be dumped once they hit their best by dates.

“One of the main challenges we have faced as suppliers and producers is that with the almost overnight changes in our Covid-19 situation, the challenge is to calibrate supply, and not take on stock that we cannot sell,” laments Ngan.

“Cash flow management becomes even more tricky for breweries as they are required to incur substantial costs well in advance, as compared to most other food producing companies. Furthermore, these costs are all front-loading, and excise duties have to be incurred upfront for every batch of production, whether or not the beers are sold.”

In other words, the issue isn’t entirely with the fact that breweries are paying alcohol tax on beers that don’t eventually end up in consumer hands. Rather, the more pertinent issue is with the sudden severance of sales channels, by no fault of the brewery, leading to wasted duty paid beer.

And even though there are mechanisms in place for disposal of goods stored in bonded warehouses, there is currently no mechanism in place for post-paid dutiable goods.

To that end, and citing the reasonable guidance provided by the UK government as an example, the craft beer industry body has suggested that the Singapore government offer a refund of tax on beers that are discarded. As stated in the letter of appeal:

“The lockdowns also mean that beers, which are perishable, will have to be thrown away and written off as they are past best by. One step that can be taken will be for the refund of excise on any beers that are marked for disposal, with videos being taken as evidence of the disposal.”

Ngan adds that the disposal of craft beer in Singapore is happening with “increasing regularity”, and while it isn’t yet clear what the wastage tally is like, this issue has been an ongoing concern for the industry since the lockdowns began.

“We are proposing that there could be a better process or protocol in place to facilitate producers or importers in executing this, as well as having some possibility of cost recovery from the excise tax paid,” he says.

“This system will have to be closely regulated to prevent occurences of abuse, and we would love to be part of the conversation of what that system will look like.”

As to whether the provisional craft beer industry body will take on a more concrete form to continue influencing such conversations, Ngan isn’t completely ruling it out.

“We felt that it is pertinent that we bring forth our plight to the [authorities] through an industry letter. That was the genesis of the committee, just born out of a genuine desire to make sure our voices were heard.

“We were heartened to have received wide support from the industry after the letter was drafted. If the committee can help steer the conversation with the authorities in the right direction, and continue to advocate for our industry, we will consider a more permanent arrangement.”