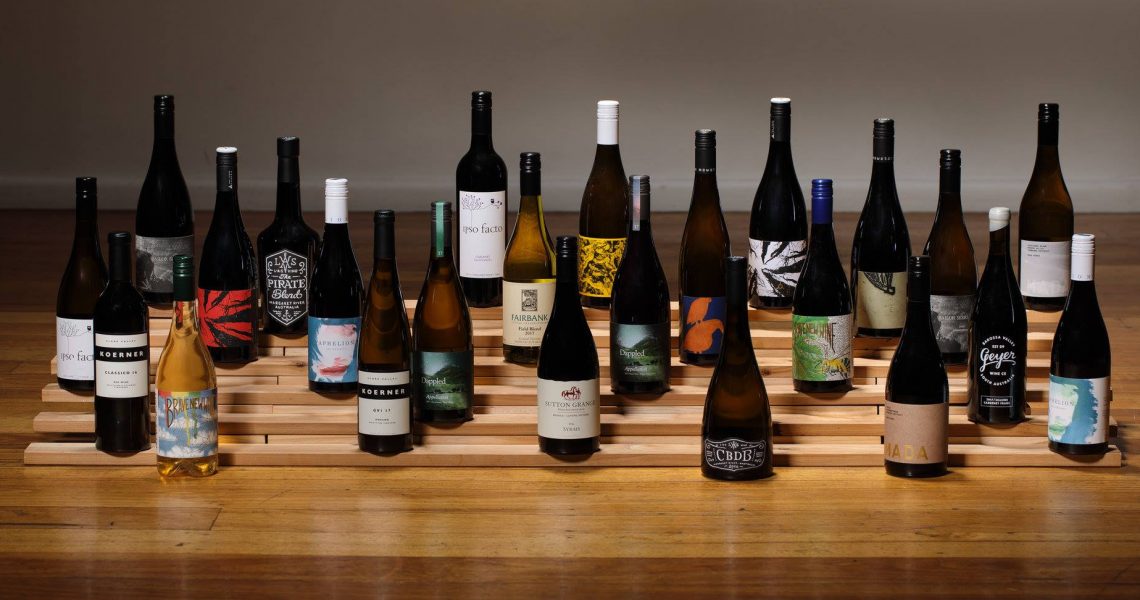 Australian wine used to be all about big Barossa Valley shiraz. Perhaps a buttery chardonnay from Hunter Valley. But today, Australian wine is so much more than that.

It could be a pinot noir from Tasmania – wild, ethereal, and steely at the same time. It could be a semillon from Magaret River, whose colour is anything but pale. Instead, it’s deeply amber and bursting with aromas of ripe apple and ginger. Or it could be a sparkling wine made from the Portguese grape verdelho grown deep in the hills of South Australia.

In Singapore, these wines are increasingly appearing in progressive restaurants, bars, and alcohol retailers. Small’s pairs them with their artisanal pizzas. Critically lauded restaurant Burnt Ends sells them both in the eatery and online through Burnt Ends Cellars. No Sleep Club, Wine Mouth, and RVLT regularly pour them by the glass. Temple Cellars, better known for their extensive range of craft beer, brought in their first batch recently. And consumers are slurping up every drop.

“Whenever we have something new, we communicate that through our social media and we’re sold out so fast,” says Burnt Ends Cellars managing director Timothy Barnes.

Just over a decade ago, Australia was, and in many ways still is, dominated by intense, oaky red wines that wine critic Robert Parker would have wet dreams about. But around the late 2000s, a group of people started making wines that would become the blueprint for a new wave of Australian producers today.

To many, these winemakers seem more punk rock than lab coat. In the vineyards, they planted lesser known grape varieties and refused to use chemical pesticides or herbicides. In the cellar, they rely on indigenous yeast for fermentation, earthen vessels for macerating and ageing, and did away with chemical preservatives, fining, or filtration. They experimented with archaic styles like skin-contact white wines and a naturally sparkling wine called petillant naturel – pet nat if you’re terribly hip.

The results were nothing like the brooding Australian wine of the 1990s. Instead, they were refreshing. They were chuggable. They could be complex yet sport a delightfully quirky label.

While these wines were exciting, they were not always consistent. The early wines were derided for having faults like volatile acidity and mousiness, which can make a wine smell like a hamster cage. Calling it natural wine, a term that is loosely defined, was also problematic. And the wines weren’t always stable.

“The pet nats in the beginning were crazy,” says Gho. “They were exploding.”

These winemakers eventually worked out their kinks. As they worked more vintages, their wines became cleaner, more consistent. They also grew more distinct.

“At one point their wines all tasted quite similar-ish,” says Lim. “But after tasting them over the past three, four years, they are discovering their style. Commune of Buttons likes cleaner, more polished, Burgundian-style wines. Lucy Margaux is about the aromatics. You smell the brightness, but it’s also juicy.”

“It easily has the most exciting wines that I have encountered, not just in Australia but in the wine world,” says Burnt Ends head of beverage Aleksander Draganic. “You have producers like By Farr and Bass Phillip that make very excellent classic styles of wine. Then you have the new wave like Latta and Moondarra. They take all these grape varieties and make them in a totally different art form. It’s just incredible.”

If the Barossa shiraz drinker thinks modern Australian wine already seems insane, Barnes thinks the future would be even crazier.

“I see even more wildness,” he says. “A great example is Brave New Wine from South Australia. They’re adding botanicals to their wines as they age. They’re blending grape varieties in different ways. These guys might spark the interest of future winemakers who are learning the ropes and seeing these examples out there.”

The climate, however, has other ideas. According to a 2019 report by the University of Tasmania, the country’s wine regions are predicted to grow warmer over the next few years. Extreme weather like heat waves, droughts, and bushfires would become more frequent.

But winemakers are already adapting. The Other Right, for example, lost some of their vineyards to the devastating bushfires in 2019, but managed to make wine from grapes donated by fellow winemakers.

“We’re a very defiant bunch down in Australia and we’re malleable when it comes to what we need to do to survive,” says Barnes. “If those sorts of things continue regularly there’s sure to be some impact but we’ll bend when we have to and keep the exciting wines coming.”

Winemaker Anton Von Klopper started Lucy Margaux in 2007 as one of the first natural winemakers in Australia. He focuses on making low-alcohol wine without any additions and subtractions, and is so adamant about not using chemicals at all that he cleans his winery only with water and alcohol that he distills. Von Klopper’s winemaking, and appearance, is often described as wild, and his 2020 Wildman Blanc encapsulates this: mostly sauvignon blanc with a touch of pedro ximenez, which are fermented on skins for four months into a juicy, crunchy wine.

Other winemakers to watch for: Jauma, Shobbrook Wines

Latta Vino is the namesake of second-generation winemaker Owen Latta. Hailing from a family of vigerons, Latta worked his first vintage as a 15-year-old and has since chalked up over 20 vintages before the age of 35. Today, he makes premium pinot noir and chardonnay under the Eastern Peake label and adopts a more playful approach with Latta Vino. Check out his 2017 Reflections Dexterous Bunch, which is a blend of sauvignon, chardonnay, and pinot noir that’s aromatic, saline, and velvety.

Other winemakers to watch for: Manon, Gentle Folk, The Other Right, Commune of Buttons

With its volcanic soils and history of winemaking, New England is re-emerging as an exciting wine region with Topper’s Mountain on the forefront. Established at the turn of the century by Mark Kirkby, the winery focuses on making wine from grape varieties that are rare in Australia but common in the Old World. Among the grapes they work with are petit manseng, tinta roriz, tannat, and touriga, as well as nebbiolo. The Piedmontese grape is known for its delicate aroma, robust tannin, and high acidity, and Topper’s Mountain 2015 version is like drinking that in a mossy forest with juicy dark berries.

Brave New Wine’s Instagram page looks like a pharmacological adventure. It has photos of their cosmic wine labels and features the husband-and-wife duo of Andries Mostert and Yoko Luscher-Mostert in outfits from their Halloween costumes to their birthday suits. It’s no surprise then that their wines are equally wild. They make their 2019 Dreamland Riesling by adding a tea bag full of native botanicals to the barrel, and the wine then sits on its lees until bottling for a piney, floral, herbal, and mind bending trip.

Other winemakers to watch for: Borachio, Koerner Wine