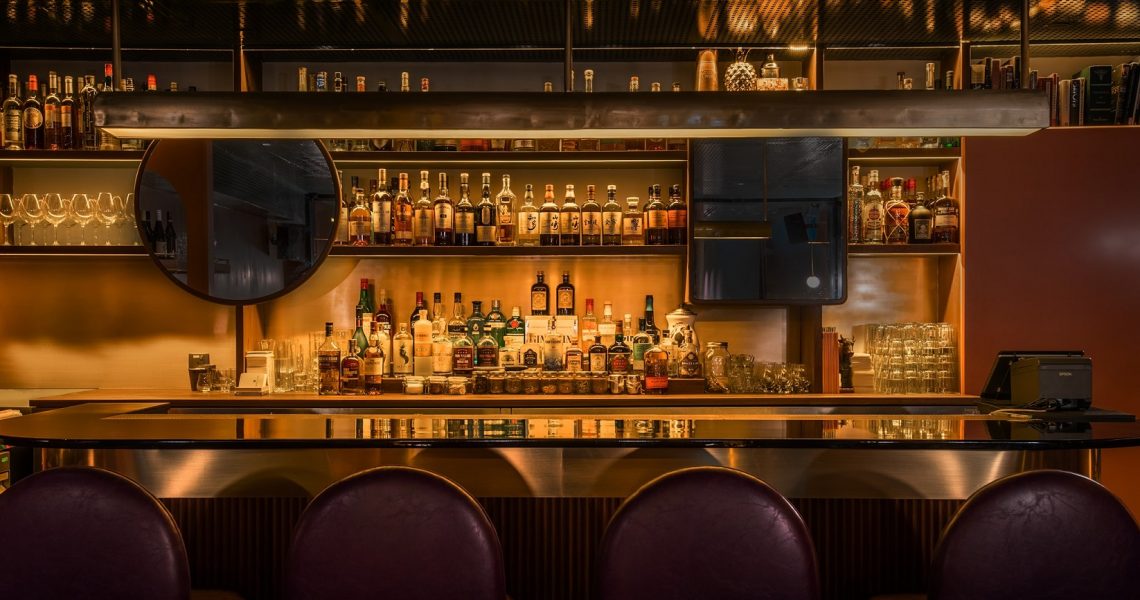 When news hit on July 20th that Singapore was once again going back into a heightened state of lockdown in two days time, feelings of disbelief, disappointment and a touch of outrage set in quickly for many in the bar and broader F&B space.

After enjoying but a short reprieve during Phase 3 (Heightened Alert), bar and restaurant operators were once again disallowed dine-in business as the nation returned to Phase 2 (Heightened Alert). And the effects are worse this time around.

“Naturally, we are frustrated and disappointed by the announcement,” says Gan Guoyi, President of the Singapore Cocktail Bar Association (SCBA), which represents the interests of many of Singapore’s top cocktail bars. She is also the co-founder of Jigger & Pony Group.

In an interview with Spill, Gan explains that the frustration and disappointment stems not from the dining-in ban alone, but from the fact that her businesses, and that of all SCBA members, have always diligently stood in solidarity with the government and actively implemented Safe Management Measures (SMM).

Yet, even as they did their part ensuring hygiene and social distancing protocols – meanwhile bearing much of the costs of doing so themselves – the irresponsible acts of others resulted in a blunt nationwide prohibition, disrupting honest businesses once again.

Worried that this third round of restrictions would be the undoing of many venues, the SCBA promptly sent a letter of appeal, on July 21st, to relevant ministries.

Compared to the Circuit Breaker in 2020, “the financial impact of two phases of P2HA coupled with the extended dine-in limitation of two persons has resulted in equivalent if not greater impact to our SCBA members and F&B industry at large,” says Gan, explaining why the situation is more dire this time.

“Many of us experienced approximately 50% drop in capacity due to the reduced dining group size. This, coupled with consumer fatigue that can be seen through the reduced delivery expenditure, could result in closures of some of our member bars as they may not be able to survive without additional support.”

She adds that rental rates are priced with the intended use of dine-in. While delivery and takeaway offered an alternate stream of revenue the past 1.5 years or so, it simply cannot replace the income gained from the core dine-in business.

Work together, not apart

Making sure action is being galvanised, the five-pager document drafted by the association offers concrete suggestions, which they believe will enable a win-win situation for public health, and at the same time for legitimate F&B businesses.

One such idea being put forth is to rethink the role of bars and restaurants as not just places to dine-in at, but as regulated safe places for people to socialise. States a paragraph in the letter of appeal:

“In the current climate where remote working has raised concerns on the rise of mental health issues, the F&B industry can play a community role of providing safe spaces for people to remove themselves from isolation. We believe this is more ideal than social gatherings in parks and other public spaces that are not well-regulated. Enforcement in such public places would also be more challenging to implement, since it requires fines to be handed to members of the public, rather than F&B operators.”

The suggestion takes into account that the country is shifting towards approaching Covid-19 as an endemic, where learning to live with the virus as part of everyday life becomes reality.

Gan believes that F&B businesses are poised to adapt to this new endemic normal, and even laid out that establishments should meet certain criteria in order to do so.

These include venues drawing up their own activities and service format that fit Safe Management Measures as prescribed by the government, having the manpower and capability to implement said measures, and for government enforcement officers to take on a collaborative approach with F&B operators when dealing with breaches.

[Read more: The changing face of the pandemic-induced bar delivery game in Singapore]

With regards to the third aforementioned point on taking a collaborative stance with enforcement officers, Gan points out that since P3HA started, enforcement officers have been too heavy-handed on certain infringements. Dishing out punitive measures often without warning or recourse, it isn’t a sustainable way to weed out wrongdoers while ensuring those who abide don’t get unfairly penalised.

The letter of appeal instead recommends the implementation of a demerit points system, as this would allow for a good check and balance so that the fate of a bar or restaurant does not solely lie in the hands of a single enforcement officer.

“A recent instance reported by the media include the request for precise measurements of every table spacing in the venue regardless of whether this was unintentional or if a customer had inadvertently moved a table,” she recounts. “This adds an immense level of stress and pressure to F&B businesses already anxious about their responsibility to implement SMM.”

“It is incredibly frustrating then, to learn that many KTVs are blatantly disregarding these measures that caused a large cluster to happen.”

The aforementioned KTVs have been a sore point for F&B operators who find this rapid return of a dine-in ban unfair. These hostess and live entertainment bars are seen to have at least been part of the cause, due to a steep rise in Covid-19 cases among them.

There is a perception that all F&B venues are unduly suffering thanks to the fault of a few errant KTV operators. While the difference between a craft cocktail bar and a KTV are as clear as night and day, that difference isn’t perceptible from a licencing point of view.

But moving past this mire that has already been somewhat addressed by the authorities, the real concern for the SCBA, and for the entire F&B industry, is the answer to the question: What’s next?

Towards an endemic new normal

“Our concerns in the immediate term are the support level provided by the government on businesses costs and cash flow concerns, and having a clear, expedited roadmap towards a safe and sustainable reopening after this P2HA,” says Gan.

She believes that the tangible support will at least ensure that establishments stay viable and will not have to shutter. She then hopes that for the long term, the focus will shift towards operating with the mindset that Covid-19 is now here to stay.

“More importantly, we are motivated to see broader reopening plans put in place as we enter the endemic new normal, as this is the only way we can reach a sustainable level for member bars to remain viable businesses,” she adds. And she’s not alone in wanting this.

“Covid-19 is endemic, and it is an ongoing battle that we must face together. We need the [authorities] to develop a sustainable model for the F&B industry as we tide through these times together, and the solution is not to shutter our dine-in businesses,” states a paragraph in the #savefnbsg appeal.

Meanwhile, the Singapore Nightlife Business Association is in the midst of setting up a 3-Year Endemic Vision proposal for the government’s consideration. Through this, it hopes to raise the bar for nightlife operators via branding and training work, as well as through certifications, in hopes that venues can reopen within a new sustainable framework.

Tired of the undulating restrictions on their core dine-in businesses, it seems like Singapore’s F&B folks – whether they be a cocktail bar, restaurant, or everything in between – have had enough of the hard-hitting fluctuations beyond their control, and are vying for their voices to be heard.

“We are ready to create regulated safe places for people to gather and have healthy social interactions, and we look forward to our F&B businesses to be sustainable, viable businesses again without depending on government support,” reiterates Gan.

The latest updates suggest that the government intends to give vaccinated individuals dine-in privileges. This will at least provide some level of business for venues, and is an idea that has been proposed as such in SCBA’s letter of appeal. So hope for a step in the right direction is possible.

[Read more: 2021 alcohol beverage trends to look out for]

Whether or not any further action will be taken by the authorities with this mass call for a coherent plan as the nation enters an endemic era, it is perhaps time to at least allow industry bodies a part to play in the planning of Covid-19 related measures.

No longer merely a short-term health crisis that can be solved, it has become a long-term problem that we have to come to grips with as part of our daily lives going forward.

Beckons Gan: “We yearn for vibrancy to return to Singapore and for our F&B venues to be destinations once again. Most importantly, we hope that our community of all ages, races, gender and social backgrounds will be able to socialize together, exchange thoughts and ideas for a better Singapore rather than be isolated and divided.”