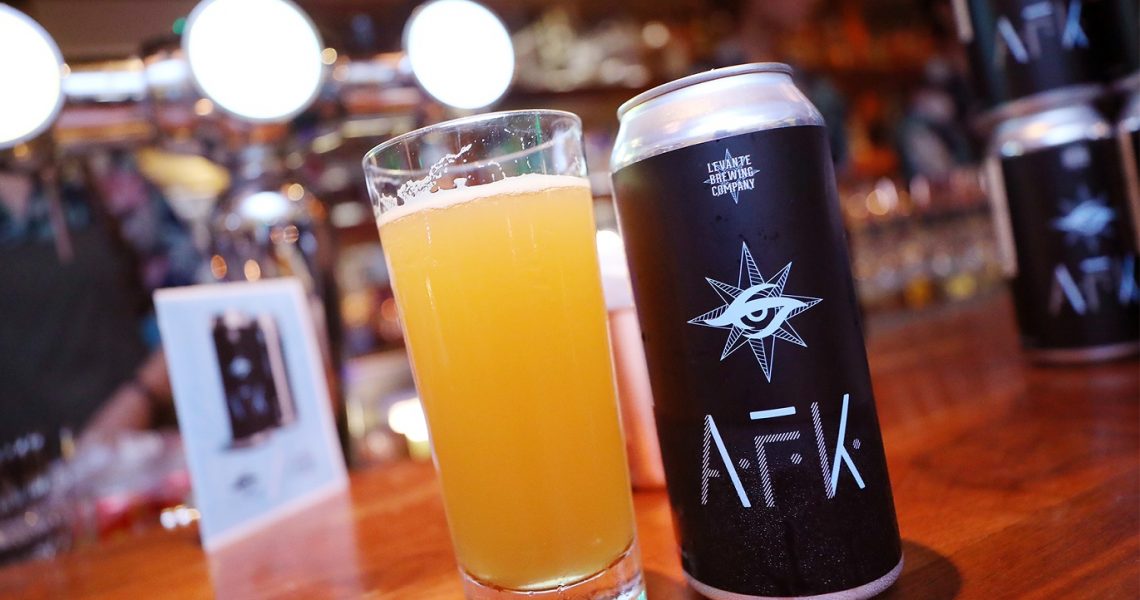 Energy drinks and eSports. That’s an association most people know about. But craft beer and eSports? Now that’s something else.

When it comes to having a beer brand, much less a craft beer brand, step into the world of video games, it’s safe to say we’re in relatively uncharted waters. But leave it to one of the top eSports teams in the world, Team Secret, to lead the way.

In a pioneering endeavour, they’ve partnered with Pennsylvania-based Levante Brewing to produce a beer. Named AFK, the hazy IPA is made with the taste of gamers in mind. Even the moniker, AFK (Away From Keyboard), is a lingo most gamers will be familiar with.

“When I visited their brewery, the product as well as the forward thinking nature of their founders really resonated with me and my vision for Team Secret,” says John Yao, CEO of Team Secret, when asked how the collab brew came about.

“Their slogan ‘Elevate Your Craft’ is similar to our philosophy of elevating our game. I knew we wanted to work together when they suggested we have a gaming night at their brewery, both as a way to view eSports streams as well as providing games to play for their patrons.”

Other than the affinity Yao shares with the folks from Levante, it is perhaps kismet that the partnership has come at a time when the world of eSports is ripe for deeper connections with the F&B industry as well.

In a recent study, titled eSports: A Guide for Food, Beverage and Supplement Manufacturers, produced by global nutrition company Glanbia Nutritionals, a case is being made for more players to tap on the massive eSports market that’s expected to exceed US$2.1 billion in size in 2021.

“An energy claim on a food or beverage is no longer the key to grabbing a gamer’s attention,” states the study, which goes on to elaborate that the gamer demographic has been largely untapped even though it has now evolved into a prime market.

The image of a young, teenage male being the typical gamer audience no longer holds true. Taking the US as an example, in 2020, according to data by the Entertainment Software Association, 41% of all video game players are female, with the average age of a gamer now at 35-44 years old. And they have expendable income.

With the advent of mobile gaming, social media and live streaming, the stereotypical recluse gamer isn’t even tangible anymore. In fact, the exact opposite is true. With highly social platforms like Twitch, Discord and YouTube at their fingertips, the lucrative digital world is their domain.

“Gamers are known for being brand loyal, more likely to buy premium products, and valuable as influencers on social media – all great reasons for food and beverage companies to take a close look at this market,” the Glanbia study states.

It then points out convenient formats like powdered drink mixes, snackable bars and RTDs (ready-to-drink) as the best approaches to market to a gamer demographic.

But while the study goes on looking at the nutritional aspect of foods and beverages for gamers, Team Secret’s Yao sees the tie-up with craft brewing from a different point of view.

“We came up with AFK to give the craft brew a unique identity that speaks to the gamer demographic and our partnership together,” he says.

“AFK, which means Away From Keyboard, is the spirit we want to evoke when gamers drink this beer – have a hard gaming session, chill for a bit, grab a beer to relax, then get back to the game afterwards.”

He adds that the Team Secret players are all “very interested” in craft beers, and that other pro players from the scene love it too.

The choice of a hazy IPA style was also deliberate. “We purposely came up with this particular brew to be very aromatic, with a ton of freshness and great mouthfeel, because we want to open up the senses of gamers when they relax, but not overwhelm them in the process,” explains Yao.

“That is also why we controlled the alcohol content at 5.9%, which is enough to enjoy, but not too overpowering to prevent an extended gaming session afterwards.”

As to why he decided to link the craft brewing and eSports worlds together, Yao says that it’s not so much about that, but rather, “about creating a great product to enjoy that is the first of its kind, and which pays homage to gamer culture”.

Just like everyone else, gamers simply enjoy a good product. But it’s also made better when the brand resonates with them on a personal level too.

AFK is available in Singapore on www.thirsty.com.sg. Check out teamsecret.beer for the full range of stockists around the world.