What is awamori, and where can you have a taste of this Okinawan spirit in Singapore 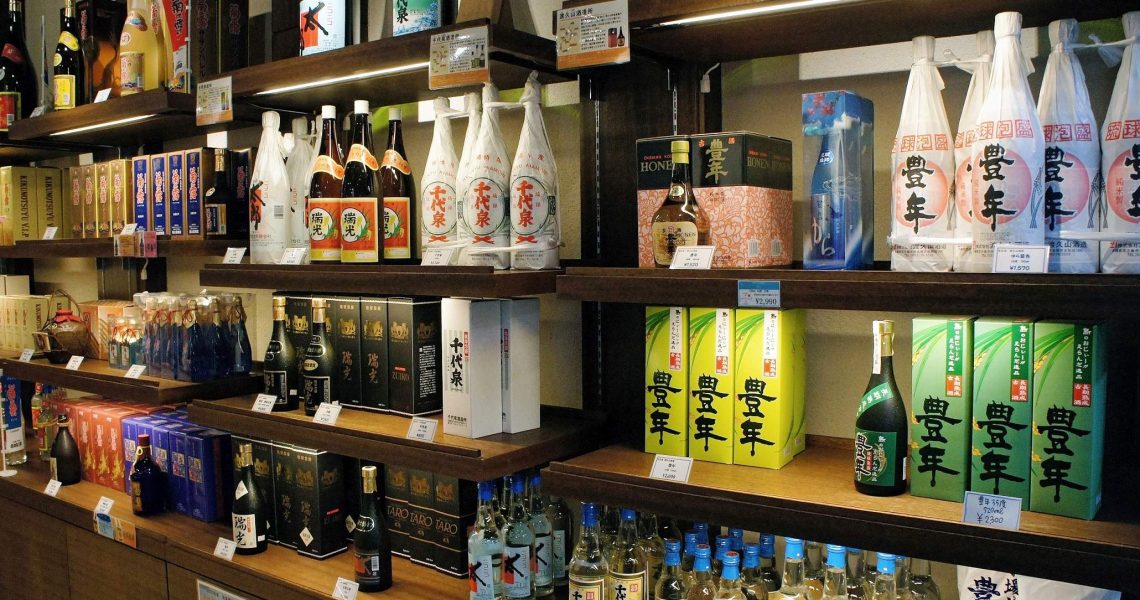 Above image: Bottles of awamori in Okinawa

When it comes to alcoholic beverages hailing from Japan, none other than sake, umeshu and shochu come to mind.

Yet there’s awamori, a spirit that’s so unique to Japan, it is native to just one prefecture, Okinawa (where awamori is ubiquitous), and is even believed to be the predecessor of shochu.

History reveals that distillation techniques first arrived in Okinawa (former Ryukyu Kingdom) as trade with Siam (present day Thailand) flourished, before it was spread to the rest of Japan. And till today, the way awamori is made remains unchanged from when it was first introduced to the islanders there over 500 years ago.

The core ingredients of awamori will not sound out of place for those familiar with sake and shochu – rice, koji, yeast, and water. Yet what sets it apart are the provenances and methods in which awamori is made.

Instead of shorter japonica rice, long grain indica rice from Thailand is used in the making of awamori. And as for the koji, only black koji mold indigenous to Okinawa is sprinkled onto the water-soaked rice for saccharification (turning starch into sugar).

Yeast is then added for fermentation (turning sugar to alcohol), before going through a single distillation to create the final product known as awamori. These are then often stored in clay pots for ageing, which improves the taste and texture of the spirit.

Like any alcoholic beverage, awamori presents itself in various styles depending on the distillery and brand. But you can often expect notes of sweet vanilla, ripe tropical fruits, and rustic earthiness.

In Singapore, we recently had a taste of the Higa Zanpa White Awamori (S$88/bottle) at EN Dining. This awamori produced by Higa Shuzo comes in at 25% ABV, and has won for itself several awards, including the Monde Selection Gold Award for 14 consecutive years, and most recently, the Las Vegas Global Spirit Awards 2021.

A Ryukyu awamori (meaning it is produced in Okinawa Prefecture and has followed specific criteria in its make), the Higa Zanpa White stays true to its traditional roots, and serves as a great introduction to the world of awamori.

Drank neat, it tastes of caramel and pine nuts. A creamy, almost oily mouthfeel coats the tongue, and gentle white fruit aromas linger from start to finish. Had on the rocks, the already easy-drinking awamori becomes even less harsh, yet more bracing.

EN Dining offers the Higa Zanpa White in a cocktail as part of their seasonal summer menu that’s ongoing till Aug 31. The tart and refreshing Natsu White Spritz (S$12) is a concoction of shiquasa (think of it as Okinawan lime) juice, the Higa Zanpa White, and soda water.

We like that the cocktail uses yet another Okinawan ingredient, the shiquasa, in its mix. Tasting like a cross between a regular lime and a calamansi, it brings layers of sourness to the cocktail, while allowing the inherent awamori flavours to shine.

While you’re there, give their other Okinawan summer seasonal food items a try too. The main highlight has got to be the Okinawa Soba (S$16). Unlike regular soba, this Okinawan rendition is thicker, giving it a chewier bite, while still thin enough to slurp.

Served in a hot broth made of dried bonito flakes, pork bones, and pork slices, it is a savoury, umami-laden bowl of noodles meant to be comforting and satisfying. Pieces of rafute (Okinawan braised pork belly) completes the experience, while a side dash bottle of koregusu gives the dish an added spice kick if you so choose.

The koregusu is worth mentioning. An Okinawan condiment, it is made of local red chillies, shima togarashi, infused in awamori. Use it like you would tabasco sauce. A few dashes of koregusu onto anything (such as the Okinawa Soba) instantly enhances the dish.

The summer seasonal specials at EN Dining are available till Aug 31 only, so try them while you can.

This article is done in partnership with EN Group.