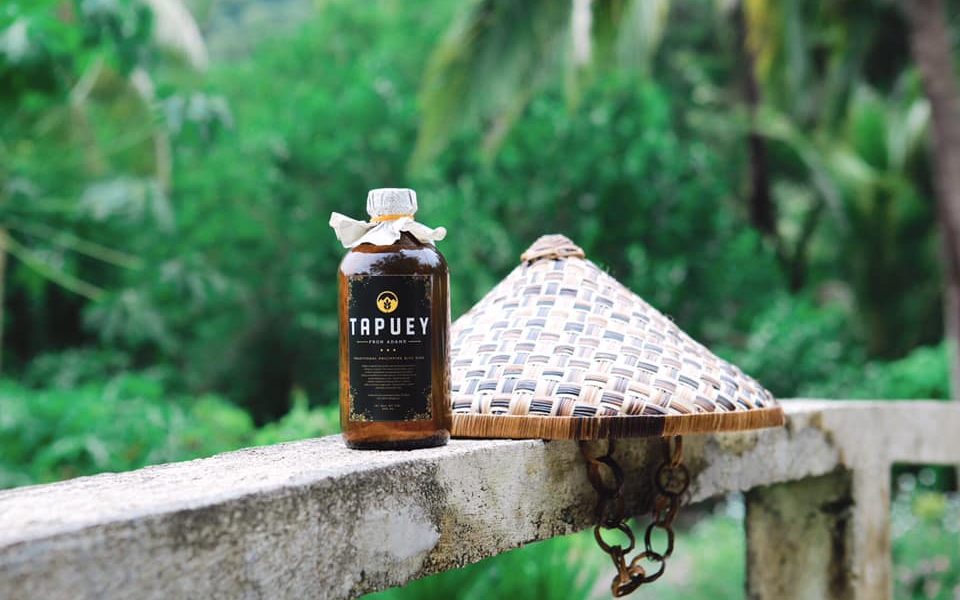 In the world of rice wine, Japanese sake hogs the limelight, followed by Chinese huangjiu and Korean makgeolli to a lesser extent. But throughout Asia, wherever there is rice, there is alcohol. This is also true for Spill’s headquarters here in Southeast Asia, where people have been making and drinking rice wine for thousands of years.

Rice wine has always been closely intertwined with Asia. One of the drink’s oldest archeological evidence comes from the Shang Dynasty in 2000 BCE, where traces of it were found in a jar.

The earliest written entry appeared in Records of the Three Kingdoms, a historical text about life in China between the years 184 to 280, which notes the Dongyi people consuming it during festivals. Fun fact: the Records also inspired the 14th-century novel Romance of the Three Kingdoms, where rice wine was a crucial social lubricant.

Rice wine always has four main ingredients: rice, starter culture, yeast, and water. It is most commonly made from glutinous rice, which is cooked, cooled, and mixed with the starter typically consisting of rice, herbs, and spices. Like koji in sake or jiuqu in huangjiu, the starter contains enzymes that transforms rice starch into sugar.

Yeast then takes over, turning sugar into alcohol. The wine is fermented and aged in earthen jars, which play the same role as barrels in winemaking. Final alcohol strength usually lies between 12-20 percent depending on the technique, starter, and length of ageing. This process is why the term wine is a misnomer; it’s technically more like a beer. But for the purposes of this article, we’re sticking to wine.

While sake, huangjiu, and makgeolli production is very much industrialised, Southeast Asian rice wine is mostly brewed by small rural communities. These groups grow their own rice, make their own starter, and follow recipes passed down through generations. They also have rituals that govern how rice wine is made and consumed. When you think about it, that’s more craft than a bearded, Carhartt-wearing beer brewer can claim to be. Here are some styles from around the region.

Malaysian rice wine is rarely found on the country’s peninsula; rather, it hails from the island of Borneo, where the states of Sabah and Sarawak are found. It’s most commonly known as tapai, but goes by other names depending on who you’re talking to: the indigenous Kadazan-Dusun people in Sabah call it lihing while Iban communities in Sarawak name it tuak. To make tapai, rice is mixed with a starter called ragi, which consists of rice flour and ground spices like pepper, garlic, cinnamon, and chilli, then fermented in ceramic jars for up to three weeks. The drink is traditionally consumed during festivals and ceremonies like weddings. When it’s time to party, long bamboo tubes are inserted into the jar and the wine is consumed communally.

Rice wine in the Philippines can be traced back to 1521, when the Spanish explorer Magellan observed people drinking it. Seventeenth-century English sailor William Dampier similarly described residents of Mindanao making an alcoholic beverage from boiled rice in earthen jars. Today, rice wine in the Philippines is most commonly known as tapuy, a lexical cognate of tapai, and is particularly important in the culture and traditions of the Cordillera people. Rice is first inoculated with a starter called bubod and fermented under fresh banana leaves at room temperature. After three days, the mash is transferred into ceramic jars and aged for up to three weeks. The end product is a beverage that’s golden yellow, sweet, and slightly acidic. Other variations of tapuy exist. There’s bayah, which is aged with the syrupy liquid that forms while the rice ferments beneath banana leaves, or gasi, which is flavoured with spices like ginger and pepper. This article’s main image features a bottled tapuy from the Philippines by Proudly Promdi. The drink is also known as tapuey.

You go to Thailand, eat Thai food, visit Thai temples, ride Thai elephants (please don’t), so why not drink Thai rice wine? Known locally as sato, it is especially popular in the northeast, where vast swaths of the country’s rice fields lie. Sato is traditionally made from glutinous rice and a starter called luk paeng, which combines rice flour and herbs such as clove, mace, black pepper, ceylon leadwort, and garlic. The mixture is allowed to sit at room temperature for up to to 48 hours then transferred to a ceramic vessel. Water is added and the mash is aged for about two weeks. At the end, the liquid is filtered out using cheesecloth, resulting in a slightly milky beverage with an alcohol strength of around 7 to 10 percent. Sounds much better than those dodgy bucket drinks.

Ah, Bali. A paradise where you’ll find the sun, surf, lobster-skinned bogans, and brem, the Indonesian rice wine. Made from both white and black glutinous rice, powdered ragi – the starter shares the same name in Malaysia – is added to begin scarification, prompting a honey-like rice syrup to develop at the bottom after three days. The mash is then poured into earthen pots and fermented for about 8 to 10 weeks. While the tourists are getting hopped up on Bintang, brem offers a more nuanced take on Balinese culture: it’s traditionally used in a Hindu festival as an offering to the god Batara Kala.

If you’re a beer nut, Vietnam would already be on your radar thanks to craft brewers like Pasteur Street Brewing and Heart of Darkness. But local artisanal producers have been brewing rice wine for much longer. Known as ruou can, literally tube wine, it is produced primarily by residents in the Highlands, who favour purple glutinous rice for its colour and taste. The rice is combined with rice husk and a starter called banh men, then transferred to slender ceramic jars partially filled with rice husk. Fermentation happens for about a month, resulting in a drink that is sweet, tart, and refreshing. The wine is traditionally served during ceremonies and offered to highly respected guests, who would drink directly from the jars through thin bamboo straws. Not very pandemic-friendly, but Covid be damned.