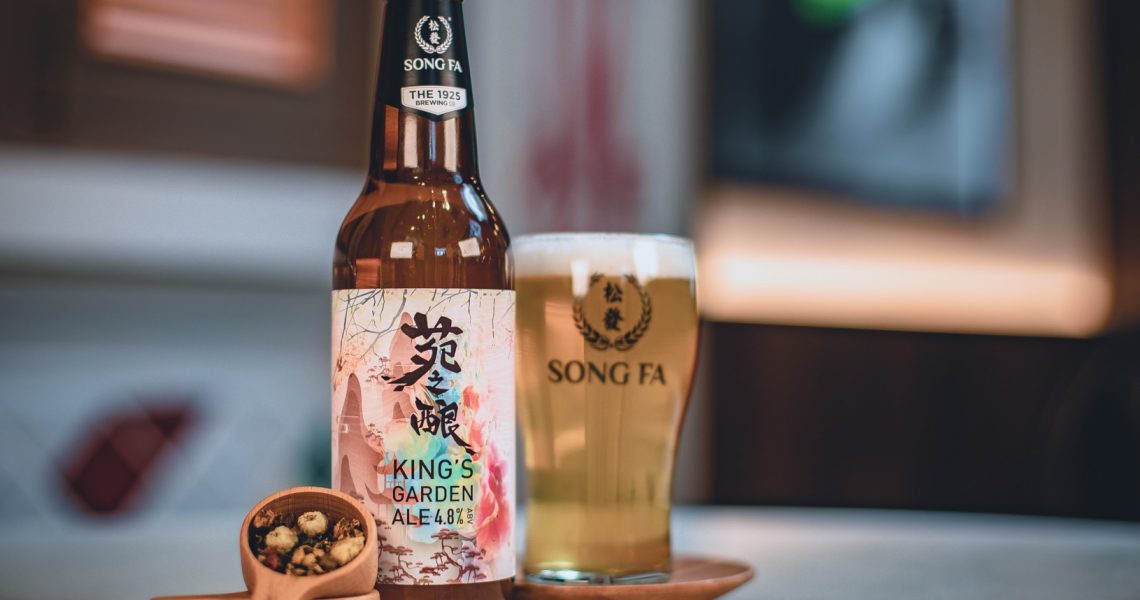 As craft beer and food pairings become more and more accepted and commonplace, it’s great to see brands coming together to create a brew made specifically to be paired with local delicacies, a task that can sometimes be tricky to pull off.

The two local brands have teamed up to create the King’s Garden Ale, a tea beer created specially to go together with the peppery, umami-laden dish that Song Fa is best known for.

The idea first surfaced as a way to appeal to the younger generation who are drinking less traditional tea beverages (such as oolong tea, that’s customarily paired with bak kut teh), and imbibing more artisanal offerings instead, such as craft beer.

Yet, in keeping with tradition, 1925 Brewing hopes to retain some semblance of heritage, using Song Fa’s proprietary King’s Garden Tea blend (handpacked by storied tea merchant Pek Sin Choon) to formulate a brew that pairs perfectly with bak kut teh.

While the easy thing to do would have been to simply infuse the tea with a finished beer, 1925 Brewing, through many rounds of experimentation, has found that introducing the blend during the initial boil was the best option.

This introduces tannins into the beer, something brewers usually don’t want as it imparts astringency, but works remarkably well in this case since it’s meant to be paired with a meaty, brothy dish like bak kut teh. It helps cut through the heavy spices and fat that accumulates on the palate when dining.

The beer itself whiffs of subtle snow chrysanthemum flower aromas, leading to bright jasmine and green tea tones upon taking a gulp, while latent oolong notes give the beer a palpable base and mouthfeel. In terms of cleansing the palate for the next spoonful of broth or bite of pork rib, it certainly works wonders.

In line with this central idea, the King’s Garden Ale thus works really well when paired with other fan-favourite Song Fa dishes like handmade ngoh hiang and braised pigs trotters too.

The collab beer was actually first launched in 2020 during the height of the pandemic and available only on tap. Now as businesses are opening up more, they’ve decided to serve the ale in more accessible bottled formats as well, allowing more people to have a taste of the unique brew.

“We discovered we share many similarities such as our desire to #supportlocal and fly the Singapore flag high,” remarks Diana Yeo, Director, Brand & Corporate of Song Fa Bak Kut Teh. “With this partnership, both companies will showcase the wonder of Nanyang culture so unique to Singapore and the Southeast Asian region.”