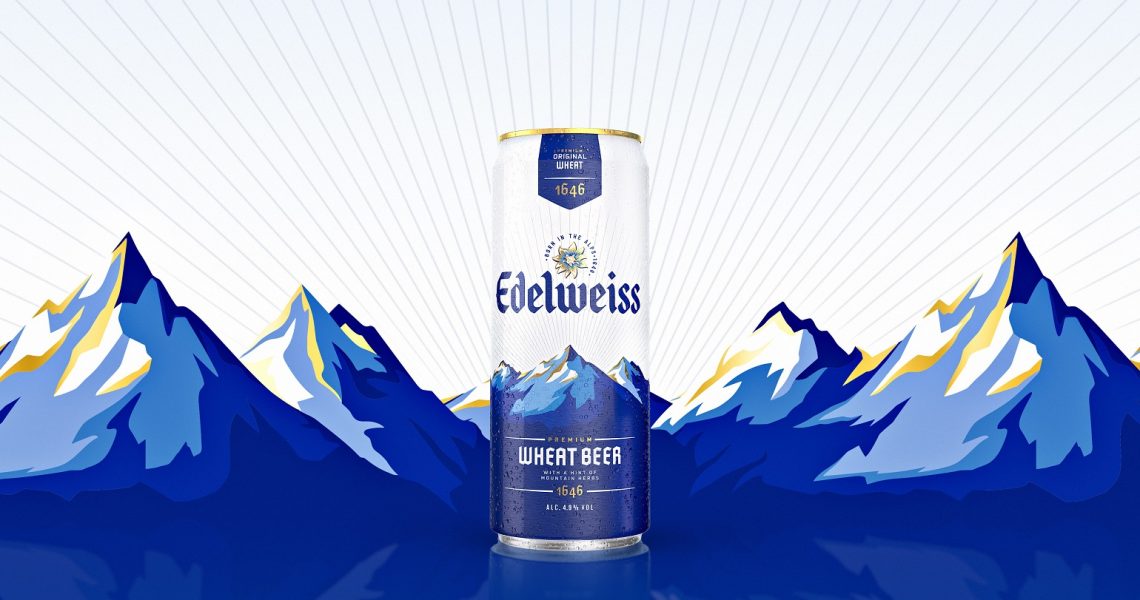 Seeking to further expand its lineup in the fast growing wheat beer segment in this part of the world, Asia Pacific Breweries has launched Edelweiss, a wheat beer label from Austria, in Singapore, following the beer’s recent debuts in other Asian markets including Korea and Malaysia.

APB, best known for being the birthplace of the ubiquitous Tiger Beer, has chosen to take on the brand to match the region’s consumer demand for more premium offerings and non-lager beers.

“We are excited to extend Edelweiss’ footprint to Singapore as nowhere else is the demand for wheat beers more apparent,” states Andy Hewson, managing director, Asia Pacific Breweries Singapore, in a media release following the beer’s recent launch in the city-state.

“The wheat beer category is poised for further growth and the launch of Edelweiss is a strategic step to unlock a new taste experience fueled by the growing popularity of non-lager beers amongst consumers, especially women.”

This isn’t APB’s first foray into the wheat beer category. A few other brands under the vast APB portfolio include Heineken, Guinness, Erdinger, and Archipelago, the latter two carrying wheat beer styles as well.

One of the world’s first wheat beers, Edelweiss is a brand with centuries of history. It was first made in 1646 by Hofbräu Kaltenhausen, a brewery located in the middle of the Austrian Alps in the idyllic town of Hallein, near Salzburg.

Almost 400 years since then, Edelweiss is still brewed using the same recipe as passed down by the original brewers. It is also distinct from other wheat beers with its use of pure Alpine waters and mountain herbs (such as sage, coriander and elderflower) in the brewing process. The result is an aromatic, refreshing wheat beer with a hint of fruitiness.

In Singapore, Edelweiss Wheat is retailing at S$14.10 for a 4-can pack at major supermarkets, select e-retailers, restaurants and bars.