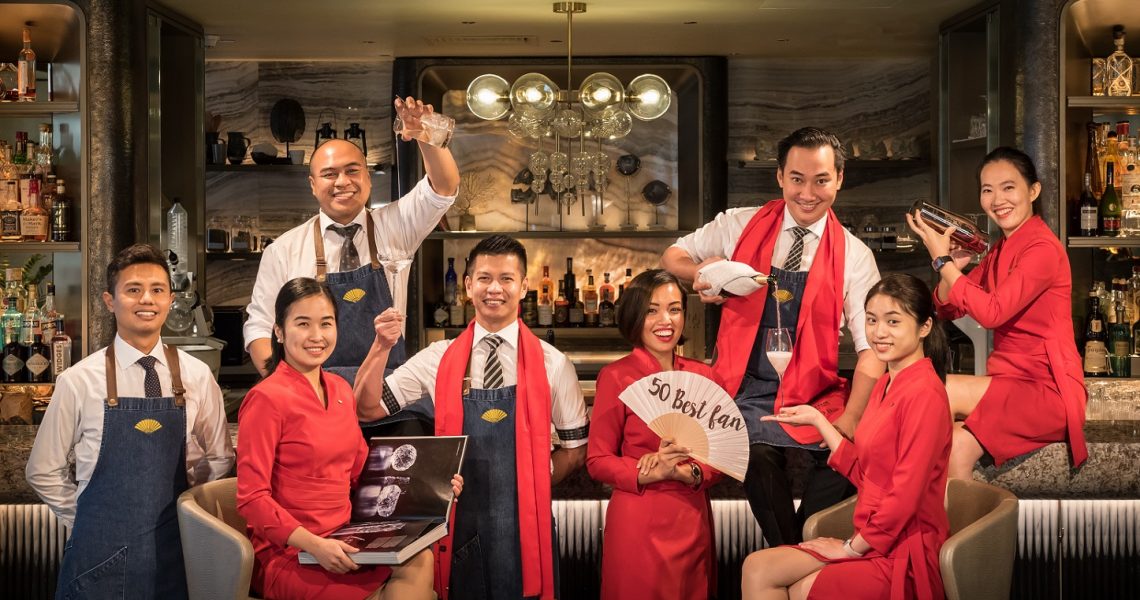 Above image: All smiles from the MO Bar team as they rise to No.45 and win the Michter’s Art of Hospitality Award in 2021

Even as bars in the region continue grappling with the effects of Covid-19, many continue defying the odds and made a big showing at the Asia’s 50 Best Bars 2021, the second year the annual awards has been held virtually.

Jigger & Pony, which took the top spot in 2020, got unseated by Hong Kong’s Coa. The former dropped to No.2 this year, while the latter climbed just two spots from the year before to claim the crown.

Replacing Coa at No.3 is Tokyo’s The SG Club, by famed Japanese bartender Shingo Gokan, while Taiwan’s Indulge Experimental Bistro maintains its No.4 spot. Sober Company in Shanghai, also a bar by Gokan, then takes the No.5 placement. At spots No.6 and No.7 are Singapore stalwarts Manhattan and Atlas, respectively.

Singapore’s No Sleep Club, which skirted the rankings at No.51 and taking the Campari One To Watch accolade the past year, rose a staggering 43 spots to reach a new high of No.8 on the list, earning them the Disaronno Highest New Entry Award at the same time.

Tokyo’s Bar Benfiddich and Hong Kong’s Caprice Bar then comes in at No.9 and No.10 respectively, rounding out the top 10 in the rankings. The latter also claims the Nikka Highest Climber Award (having jumped 24 places), an accolade it shares with Sidecar from New Delhi at No.16.

Of note further down the list are Barbary Coast at No.29 and Penicillin at No.30. Both are new to the top 50, with the latter of particular mention being a 7-month-old bar by the former founders of The Old Man Hong Kong, which in turn has plummeted to No.54 from No.2 in 2020.

The significant shuffle in bar rankings come as voting mechanics sees major changes amid the travel limitations imposed upon by the pandemic.

“In previous years, each Academy member voted for seven bars, with at least two of these from outside their home country. With travel restrictions in place throughout 2020, voters had limited travel opportunities. Consequently, this year voters nominated a total of five bars, including up to four from their home country,” stated 50 Best in a media release.

The same release revealed intentions for the awards to be held physically in Singapore come 2022, in partnership with the Singapore Tourism Board.

Says Mark Sansom, Content Editor for Asia’s 50 Best Bars: “We look forward to holding a physical awards ceremony not only to celebrate and recognise the best in the business when the situation improves, but to bring together bartenders, bar owners, drinks writers and cocktail aficionados from around the world.

“We are hopeful that the ongoing vaccine roll-out will allow the bar community to take this opportunity to reunite in Singapore next year.”

Head to the official website for the full 1-50 rankings.