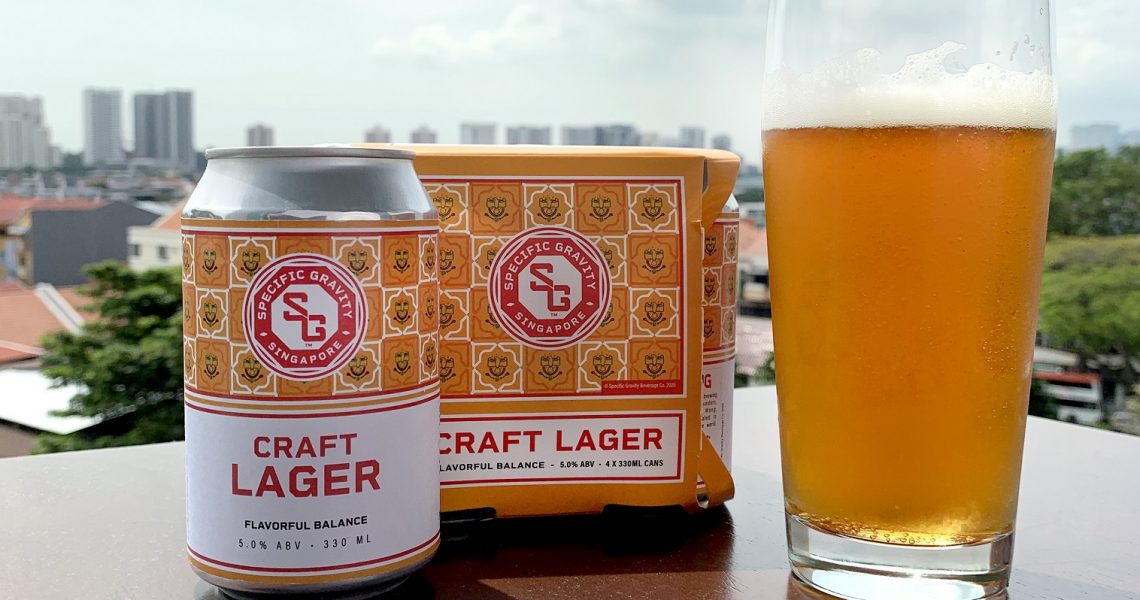 A new Singapore beer brand by some of the industry’s veterans is trying to turn everyone on to craft beer through brews that are well-made, well-priced, and approachable.

Instead of making boldly flavoured, palate-saturating beers that dominate the landscape today, Specific Gravity Beverage Company is betting that their lighter, easy-drinking options will attract much more than just beer geeks.

“It was really about making a craft beer available to everybody,” says co-founder Devin Otto Kimble. “Not so much looking at what that style is going to be, but making it not intimidating, not weird.”

Launched in the second half of 2020, Specific Gravity was started by Kimble and Kim Wong, both who were part of Brewerkz when the popular restaurant and microbrewery opened in 1997.

Kimble left in 2013 to take over Hong Kong Beer Company, while Wong worked as a brewing consultant in England, Hong Kong, and Malaysia at places like Froth Blowers, Archipelago Brewery, and Hong Kong Beer Co.

The duo’s time at Brewerkz has influenced much of their approach at Specific Gravity. They currently brew a lager, IPA, and wheat beer, with a golden ale coming soon, which reflect some of the better selling beers at Brewerkz then, says Kimble.

Lighter beers were also more popular, so they stuck to refreshing styles like the hefeweizen for their wheat beer and the classic IPA. Additionally, Kimble and Wong adjusted the beers’ mouthfeel and sweetness to give them a more rounded sensation.

“We have made sure our beers aren’t too dry and they’re not too bitter,” says Kimble. “Because I think a lot of the beers are big IPAs and about how many IBUs you can get into it. That really doesn’t appeal to the Asian palate.”

Then there’s the price. While fans will readily pay a premium for craft beer, many people still hesitate at the cost. To keep the beers affordable, Specific Gravity gypsy-brews out of local facilities like Sunbird Brewing Company and Brewerkz, as well as in Cambodia.

This allows them to retail their bottles and cans at S$7 each, and the price drops to around S$5.50 dollars when purchased as a four-pack. Beers from other local craft brewers, on the other hand, hover around the S$10 mark.

While Kimble admits they don’t have a lot of stock now, more beer styles are already in the works. They’re currently working on a cask ale influenced by Wong’s time in Birmingham, England, as well as a collaboration with Little Creatures Singapore head brewer Greg Brown on a session IPA.

In the meantime, check out their beers on draft at bars like American Taproom and Hopstation. Bottles and cans are available at Beer Force and Little Farms. Or stay updated on their latest via their Facebook page.