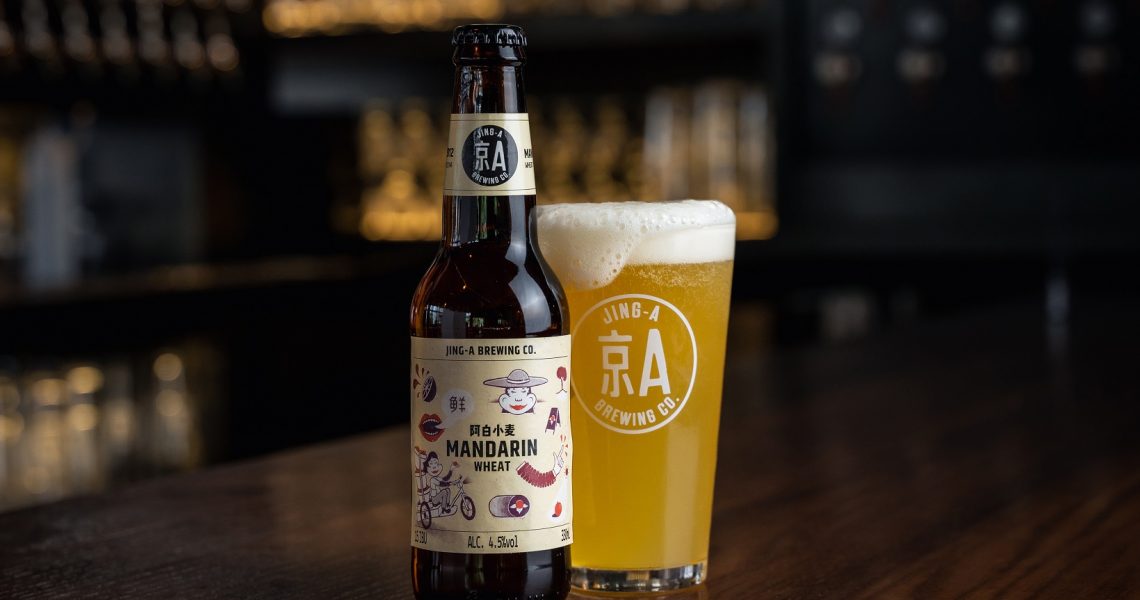 When long-time friends Kristian Li and Alex Acker founded Jing-A Brewing Co. (京A) in 2012, the goal was simple: to brew the best craft beer in China.

In many ways, they’ve succeeded, what with a plethora of international awards under their belt, an annual craft beer festival (8×8 Brewing Project) to their name, and four booming taprooms and a brewpub in Beijing to call their own.

Having claimed the hearts and minds of Chinese craft drinkers, their sights were trained on markets further afield. And with Danish brewing giant Carlsberg becoming an investor and distributor of their beers since 2019, it seems like their global expansion plans are set in motion.

Fast forward to today, their beers have now arrived in Singapore, even if it’s just two of them – the Mandarin Wheat and Worker’s Pale Ale – from a list of dozens available back home in Beijing.

But we’re not complaining. The two are part of their core range, and are both award-winning brews at big-time brewing competitions.

The Mandarin Wheat is a Belgian witbier done with local sensibilities. It’s refreshing, bready, and bright as a witbier should be, but packs Mandarin orange peel and coriander aromas too.

The Worker’s Pale Ale meanwhile is designed as the go-to beer for hardworking go-getters (i.e. most Singaporeans). Balanced notes of pine, citrus and hops makes it the easy choice for the first drink of the night, and is a versatile beer that pairs well with a wide range of foods.

Jing-A is also known for their illustrated bottle labels that showcase the brand’s penchant for playfulness. For instance, in smog-plagued Beijing, prices of their Airpocalypse Double IPA actually drops as the city’s air pollution index climbs. It’s a cheeky way to take a stab at the situation while giving Beijingers a reason to cheer up.

This makes us excited at the possibility that if they were to open a brewpub or taproom in Singapore some day, they might do something fun and quirky like that too.

In the meantime, we’re just hoping for them to bring in more of their beers. The earthy and biscuity Koji Red Ale is bound to be popular, but what our sights are truly set on are their range of lambic-inspired wild ales made with an Asian twist.

Jing-A Brewing Co. beers are now available in Singapore on e-commerce platforms such as Lazada, Shopee, PandaMart, and FairPrice Online, as well as in select bars and restaurants including KPO, Sol Singapore, Fu Lin and Coq & Balls.