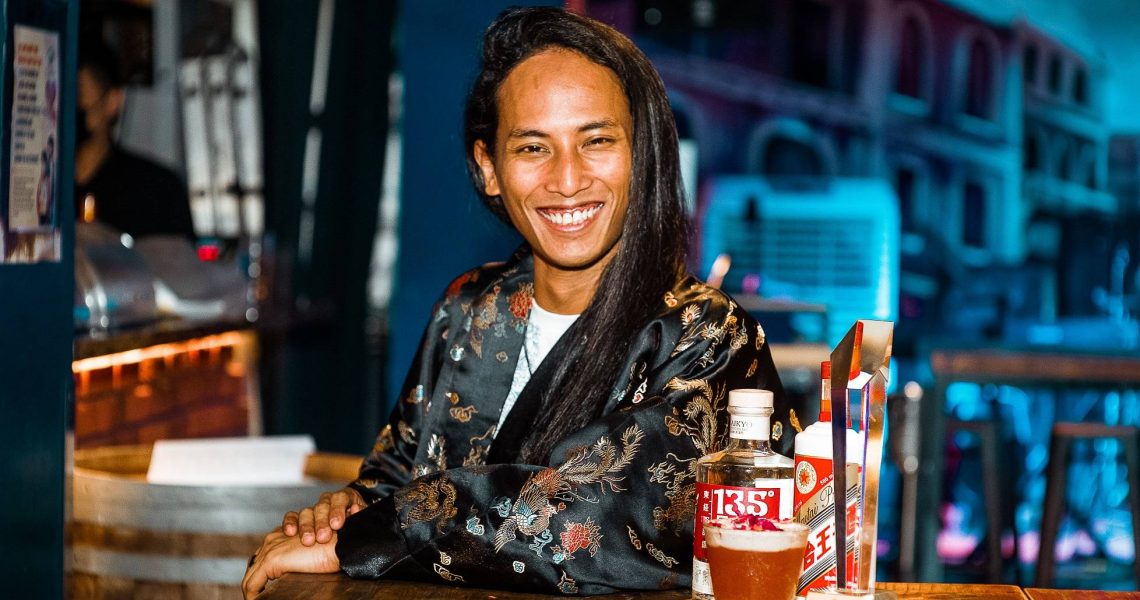 It was neck and neck all the way to the end, but after a close fight with many of Singapore’s top bartenders, mixologist Dee Atan from The Dragon Chamber has been crowned the winner of this year’s Moutai Sling Competition.

The inaugural competition, held as a way to highlight Singapore’s vibrant cocktail scene and as a platform for bartenders here to showcase their talents, saw over 30 individuals taking part to create their winning Singapore Sling-inspired, Moutai-based cocktail.

From over 30 initial participants, the numbers dwindled till the final five, who battled it out in-person at an all-stars event held at Cuba Libre earlier this month on August 4.

A panel of judges – comprising Andrew Yap, founder of award-winning cocktail bar Papa Doble; Ethan Leslie Leong, founder of the pioneering Maison Ikkoku Group; Daniel Goh, editor of Spirited SG; and Steven Chen, president of the Association of Bartenders and Sommeliers Singapore – tasted and gave their verdict as each of the final five bartenders presented their drinks.

Dee’s drink, the Endless Dream, scored the highest. “The future belongs to those who believe in the beauty of their dreams,” he says, commenting on the inspiration behind his winning cocktail. “All our dreams can come true, if we have the courage to pursue them. You have to dream before your dreams can come true. And I’m still chasing the dream.”

The judges remarked that it was his drink that really brought out the primary ingredient, the Moutai Prince, hence their score.

As the winner, Dee is named Moutai Singapore’s Brand Ambassador 2022/2023. He walks away with S$1000 in prize money as well, and his cocktail was also served at Singapore’s National Day Appreciation Event and National Day Parade 2022 VIP Lounge.

First runner up Eric Lim from No.5 Emerald Hill and second runner up Dhinesh Ragunathan from 67 Pall Mall were awarded S$600 and S$400, respectively.