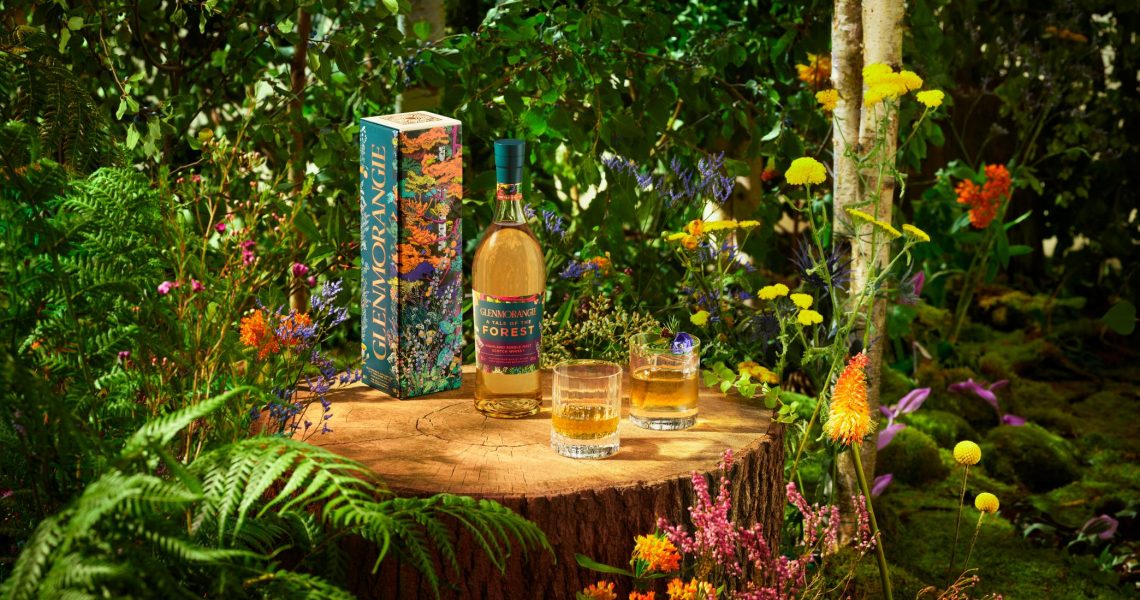 Over 175-year-old Scottish distillery Glenmorangie has released their latest experimental label – Glenmorangie A Tale of the Forest – a single malt inspired by the wonders of the woods.

Distillery director Bill Lumsden, affectionately known as Dr Bill, dreamt up the idea as he was wandering in the forest, and recalled how ancient Highland whisky makers dried their barley using all kinds of forest fuel.

He then began experimenting by kilning his barley with various botanicals, finally deciding upon juniper berries, birch bark and heather flowers, coupled with a little peat. The outcome was a spirit with aromas of pine needles and juniper, laced with wisps of smoke.

[Read more: The Bowmore ARC-52 is one of the Islay distillery’s best release yet]

It was then aged in bourbon casks, including many refill casks, chosen by Dr Bill to allow the spirit’s inherent flavours to shine. The final result, the Glenmorangie A Tale of the Forest, is a deep amber whisky with biscuity tones and a botanical edge, tasting of pine forest floor, wood embers, and herbal spice.

Bringing to life in imagery the whisky’s inspirations is Pomme Chan, a Thai illustrator known for her vibrant hand drawings. On the bottle’s label and packaging are her designs, a work of sumptuous technicolour depicting a fantastical forest meant to convey the mysterious depth of the woods.

States Dr Bill regarding the creation of Glenmorangie A Tale of the Forest: “Every time I go into the woods where I live, I notice something new, be it the fragrance of last night’s rainfall or the sound of leaves rustling a particular way.

“I began to imagine how we could bring the forest to life in a whisky, by kilning barley with materials from woodland, the way our ancestors did. After many experiments, we decided on juniper, birch bark and heather, which would traditionally have been used in the kilning process, to create a Glenmorangie as lush and leafy as the forest itself.”

In Singapore, Glenmorangie A Tale of the Forest is available online at Asher BWS. For more details regarding the new whisky, visit Glenmorangie’s website.