Hendrick’s launches its first absinthe, a spirit that’s meant to shine in cocktails 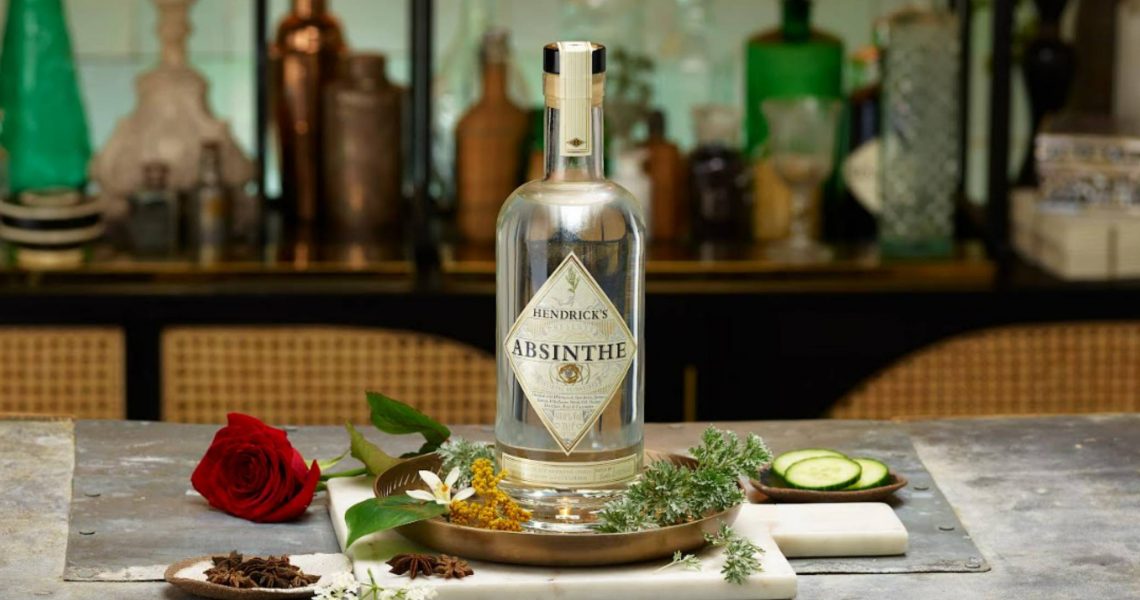 One of the world’s most recognisable gin brands, Hendrick’s, has released its own absinthe, the first time the curiously offbeat brand has launched anything that is non-gin.

Hendrick’s Absinthe, coming in at only 48% ABV (absinthes are known to be as high as 70-90% ABV) and boasting of subtler flavours compared to most commercial absinthe labels, is designed to be a bar staple and function as a main base spirit, rather than just as a rinse or secondary mixer.

Staying true to being Hendrick’s, the Hendrick’s Absinthe is distilled in Scotland by master distiller Lesley Gracie, and uses the brand’s signature infusions of cucumber and rose in addition to absinthe’s core ingredients of wormwood and star anise, among other botanicals.

[Read more: Have a taste of German whiskies, rums, and other spirits at Brotzeit]

Unlike most absinthes found in the market, Hendrick’s Absinthe is also clear in hue, as only natural ingredients are used in its make, and no artificial colouring has been added.

This isn’t the first time Gracie has dabbled with wormwood. She experimented with the herb in the making of Hendrick’s Orbium, a limited-edition gin released back in 2019, which led to her discovery of similarities between the worlds of gins and absinthes.

“Absinthe has this incredibly rich history steeped in mystery and was for many years feared, but it really shouldn’t be as it is such an amazing liquid,” she says. “It is really a cousin to gin, in that it is a botanically flavoured spirit, just with a different palette of botanicals to play with.”

In Singapore, the launch of Hendrick’s Absinthe saw 20 of the city’s top bars – such as Barbary Coast, Night Hawk, and Sugarhall – each come up with a cocktail using the potent spirit as the main ingredient.

[Read more: What is awamori, and where can you have a taste of this Okinawan spirit in Singapore]

The creation at newly-opened Night Hawk, called Aurora’s Bliss, uses both Hendrick’s Absinthe and Hendrick’s Gin in its mix, as well as melon syrup, lemon juice, soda water, and a salted cucumber and shiso foam. This special concoction, as well as the cocktails made by the other bars for this launch, will be available until Oct 23, 2022 only.

On the launch of Hendrick’s Absinthe in Singapore, Charmaine Thio, Southeast Asia brand ambassador for Hendrick’s, comments: “Hendrick’s has always endeavoured to inspire moments of delightful peculiarity, and we attribute a large part of our success in kindling curiosity amongst imbibers to the imagination of Singapore’s talented community of bartenders.

“With the addition of Hendrick’s Absinthe to our existing line-up of gins, we’re thrilled to be able to introduce a new and incredibly versatile medium for this spirited group of cocktail artists to experiment and express their creativity in even more unconventional ways.”

Hendrick’s Absinthe is available for on-trade only. For more info, visit @hendricksginsea.