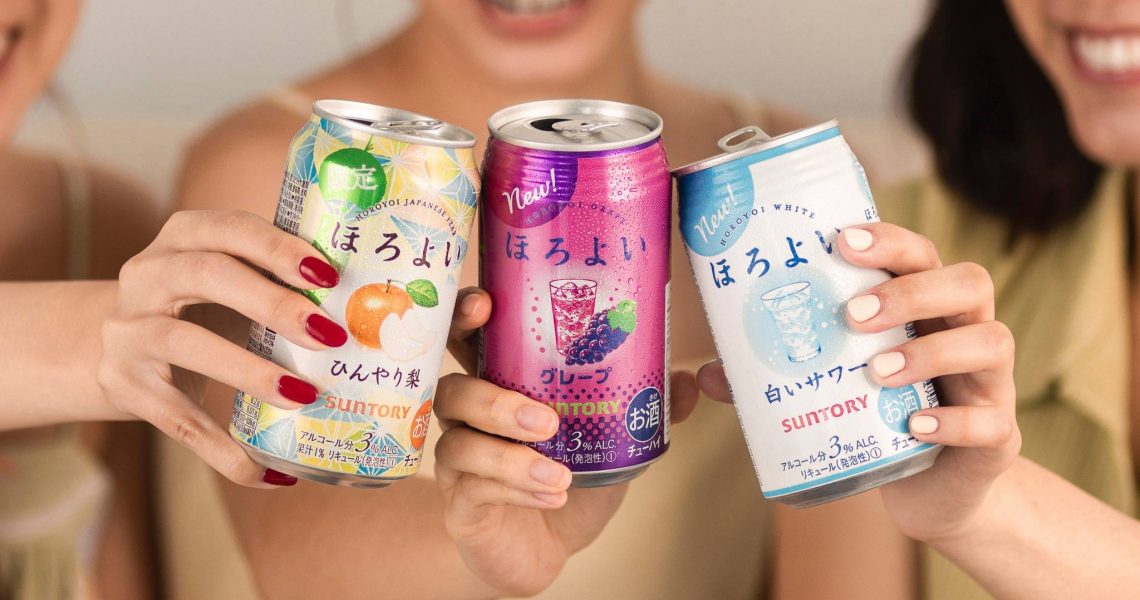 Beam Suntory ready-to-drink (RTD) brands Horoyoi and Strong Zero have released seasonal flavours in the Singapore market – Cream Soda and Japanese Pear for Horoyoi, and Green Apple for Strong Zero – that will be made available for a limited time only.

While Strong Zero is perhaps best known for being a hard-hitting yet refreshing brew that many young people enjoy as a pregame beverage, Horoyoi on the other hand is made to appeal to the lighter drinker, being a low-in-alcohol and thirst quenching libation meant to be enjoyed any time of the day.

Both Strong Zero and Horoyoi are renditions of the chu-hi, or the easy-drinking mix of shochu and soda water that those in Japan, and now in many places around the world, have come to love.

Strong Zero’s new seasonal flavour is the Green Apple, that’s meant to capture the taste of the autumn harvest. And like the core range (which includes the Double Shekwasha Lime, Double Grapefruit, and Triple Peach) that is now a favourite among seasoned drinkers, it clocks in at a potent 9% ABV.

Meanwhile for Horoyoi, its drinks come in at 3% ABV only. The new seasonal Cream Soda flavour is a nod to the popular Japanese melon soda, delivering a taste of nostalgia and notes reminiscent of creamy ice cream floats. Whereas the Japanese Pear is a crisp and cool drink full of fresh pear aromas and ideal for having on a hot and humid day.

Even though positioned as a RTD product, Horoyoi’s core range of chu-hi flavours such as the Grape, White Grape, Salty Grapefruit, and Plum Soda, as well as the new seasonals, also perform great as mixers, providing both a myriad of flavours and fine carbonation to a highball drink conveniently.

In Singapore, Horoyoi and Strong Zero are available for S$3.90/can and S$6.90/can, respectively, at leading supermarkets and online stores such as Don Don Donki, Fairprice, Cold Storage, Lazada, and Shopee.