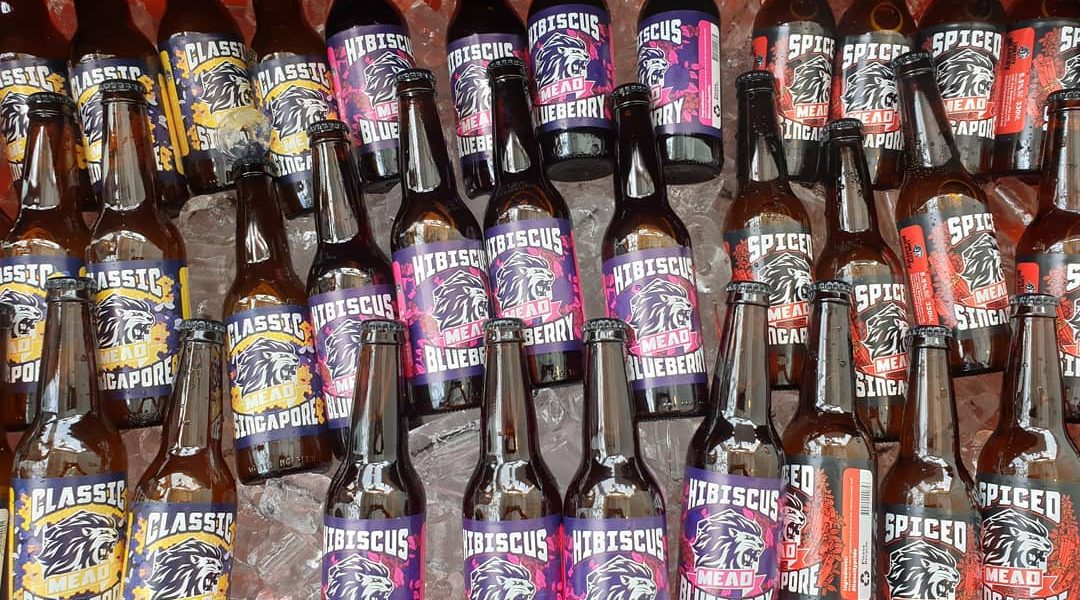 Two-year-old Lion City Meadery (LCM) flew high the flag of Singapore at an international mead competition in Europe by being the first meadery from the nation to win an award at the Mead Madness Cup 2020.

The annual judging competition held in Poland – facilitated by certified mead judges as well as experienced mead, wine and beer industry experts – is the largest commercial and homebrew mead competition in Europe.

The awards are divided into Pro (commercial) and Home (homebrew) segments. LCM’s Hibiscus Blueberry Mead won the Silver Award under the Session Dry Mead category for commercial breweries, making them the first ever Singaporean meadery to do so.

Nine different entries from around the world vied for the win under the Session Dry Mead category, while there were over 250 entries internationally – a new record – submitted for the entire competition.

LCM’s Hibiscus Blueberry Mead was only bested by Berryland’s Apricot Sparkling Melomel from Ukraine, which took the Gold Award for the Session Dry Mead category.

“We are thrilled to have won this award, and to have our Hibiscus Blueberry mead recognised despite being up against so many other distinguished mead brewers from around the world,” said Justin Herson, co-founder of LCM, in a media release.

“We are extremely heartened and are inspired to keep innovating with our flavours. Next time, we’ll aim for the Gold!”

LCM is the only entry from Asia to have won any awards this year. The last time an entry from Asia bagged an award was in 2018, when Kwan Sak Yoo from South Korea took home Silver for his homebrew under the Spiced Mead category.

The Mead Madness Cup isn’t the only award LCM clinched in its two years of operations. At the Asia Beer Awards 2019 held during Beerfest Asia 2019, their Spiced Mead won Silver in Category as well as the Best of Singapore awards.

Both the Hibiscus Blueberry and Spiced Meads are part of LCM’s core range of products. Their style of meads tend to cater to craft beer drinkers, being offered on tap and in 330ml bottles at many craft beer venues in Singapore.

Mead as a drink category is still very nascent in Asia.