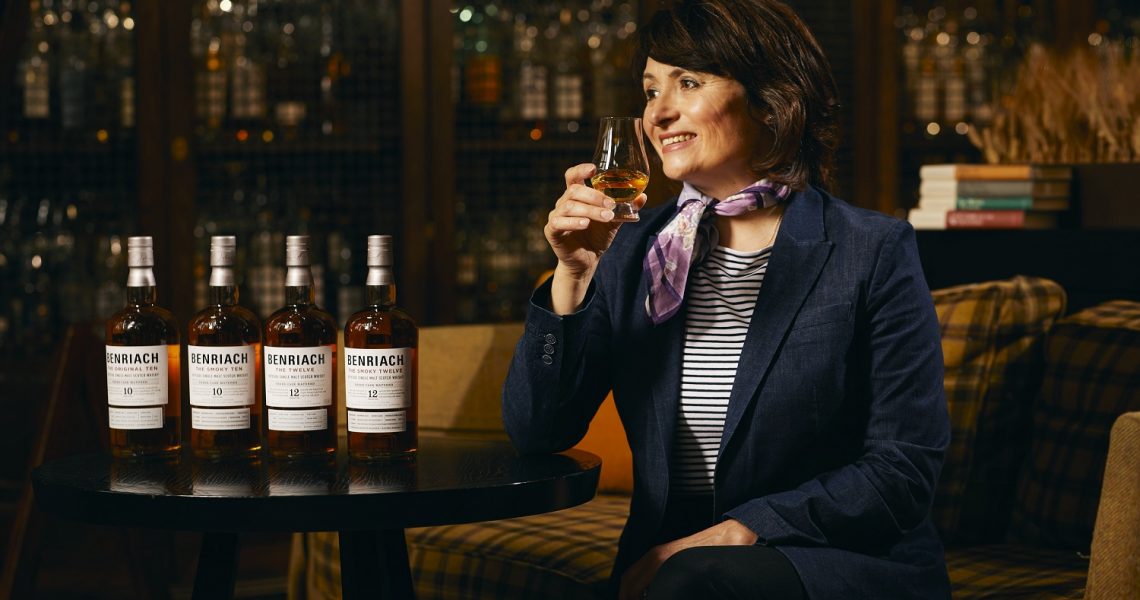 Storied Speyside distillery Benriach – best known for their classic, peated and triple distilled whiskies – has unveiled a revamp for their core range of bottlings.

The change comes as Benriach’s master blender, Rachel Barrie, alongside her team, takes inspiration from the distillery’s long history to craft a step forward into the future for the brand.

“The new range perfectly marries tradition and innovation that is central to Benriach’s story. Inspired by the 1994 bottling of the Original Ten, with its fruit-laden complexity and smooth, rounded taste, the new range reimagines the 1898 origins of Benriach, brought to life in the 21st century through fusing distilling styles with extraordinary casks,” states Barrie in a media release.

This is a big change for Benriach, and also for Barrie. A trained chemist and veteran in the whisky industry, this revamp is yet another major milestone and mark for her in the field. More than a cosmetic change for the Speyside distillery, the new recipes are a major achievement for the now-legendary master blender as well.

She comments regarding the new range: “In the new Original Ten, a more richly flavoured, rounded malt character might be discerned, whilst The Twelve balances richly sherried malt with added layers of fruit complexity, reaching a pinnacle at twelve years old.

Meanwhile, the older premium bottlings have been matured in a diverse selection of oak casks, and are “interwoven with complex layers of refined and mellow smoke”.

Looking ahead, Benriach has also announced plans for small batch and limited edition ‘Malting Season’ expressions, as well as a new ‘Smoke Season’ bottling, which seeks to explore the full intensity of Benriach’s fruit-forward smoky spirit.

Benriach is also expected to debut an official visitor centre to the public later this year. Assuming global travel restrictions are lifted, visitors will be able to explore the more than 120-year-old Scotch brand on-site for the first time.

Benriach is being distributed in Singapore by Malt & Wine Asia.