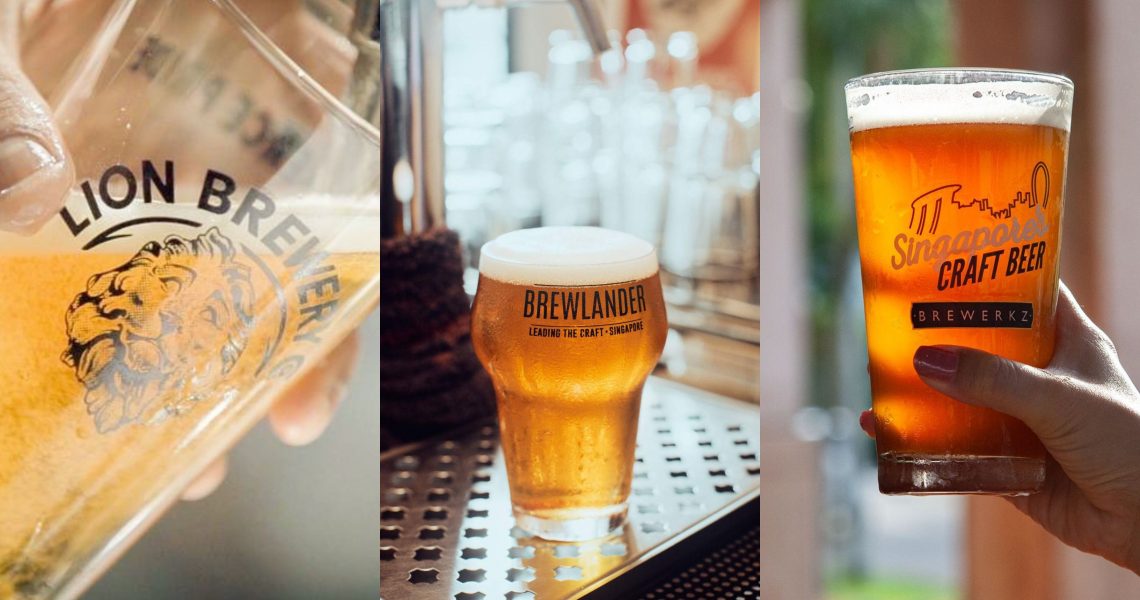 The nascent local brewing scene has been gaining ground in Singapore the past many years, and it’s good to see both long-time and new brewers doing their darndest (despite pandemic challenges) to showcase how good local craft beers can be.

If you’re new to the scene, a first-of-its-kind craft beer festival hopes to give newfound enthusiasts a glimpse of how far Singapore’s craft beer industry has come.

The very first Craft Beer Appreciation Festival, put together by Changi Lounge together with four Singapore brands – RedDot Brewhouse, Brewerkz, Brewlander and Lion Brewery Co – has set the stage for a rare educational drinking event that will give festival-goers a chance to get to know the breweries intimately through vertical tasting flights.

Over four Friday-Saturday evenings starting Sep 17 (running till Oct 9), each brewery will take turns offering six 160ml tasters of their beers. Sessions start each evening at 7.30pm with a representative from the brewery taking you through the beers as you taste them.

After a roughly hour-long guided tasting event, feel free to stay on at the lounge till 10pm, grab some grub, and of course, drink more beers.

The first weekend kicks off with RedDot Brewhouse, a pioneer of the local craft beer scene, where Singapore’s first certified female brewmaster Crystella Huang will be taking you through beers such as the Monster Green Lager and Yuzu Craze Pilsner.

Craft beer geeks will be satisfied with none other than Brewlander coming on the following week. Enjoy all-time favourites like Love (a wild IPA) and Joy (an IPA), but also newer creations such as the Mango Salad Gose in your flight.

The festival comes to a close with Lion Brewery Co, the newest entrant in the lineup. Have a taste of their brews (including their well-known Island Lager and Straits Pale Ale) and find out for yourself how their brand of natural, eco-conscious brewing methods make a difference.

If you’re heading down, be sure to bring a couple of your best drinking mates along. Their assorted food platters are designed to be shared, and it’s simply more enjoyable to drink and learn more about craft beer with fellow enthusiasts.

The Craft Beer Appreciation Festival takes place at Changi Lounge over four Friday-Saturday evenings from Sep 17-Oct 9. Tickets, inclusive of beer flight and guided tasting, are priced at S$44.70 each.