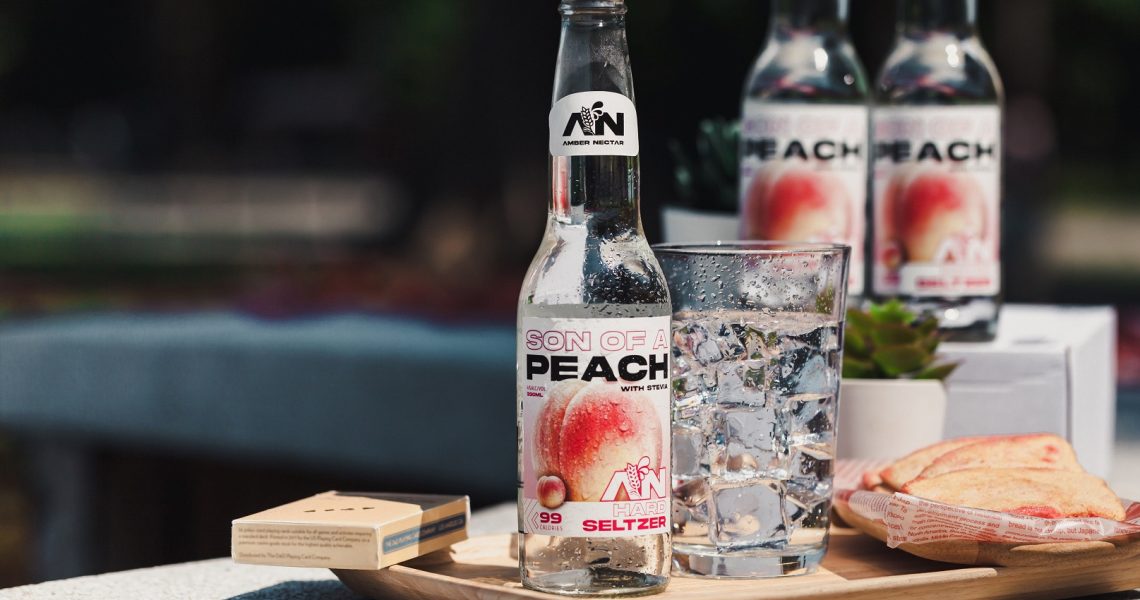 House of Amber Nectar, an alcohol distributor best known for representing Korean labels such as Jinro and Hite in Singapore, has launched the first locally-developed hard seltzer.

Unlike their other products, the hard seltzer, called AN Hard Seltzer – Son of A Peach, falls under their newly formed house consumer brand, Amber Nectar (yes, it’s all rather eponymous), which is concurrently making its debut.

As the name suggests, the Son of A Peach is a peach-flavoured hard seltzer. Each 330ml serve carries just 99 calories, since it is sweetened with stevia (a plant-based sugar substitute) and clocks in at only 4% ABV.

The refreshing beverage can thus be seen as a low-calorie, healthier (sorta) alternative to other alcoholic drinks. It is also sold in transparent glass bottles, a rarity in the hard seltzer space which more often sees canned options.

Still, they’ve already announced that canned formats are in the works. Amber Nectar has also made known that this is the first in line of more flavours to come, with future ones sporting equally tongue-in-cheek names.

Meanwhile, the newly formed Amber Nectar house brand is debuting with not just the peachy hard seltzer, but also their own beer. The crisp and mild AN Lager (4.5% ABV) is available in 330ml bottled formats, and like the Son of A Peach, isn’t your usual offering.

Not content with a typical lager, each bottle of AN Lager comes with a fruity mango passionfruit enhancer attached to the bottle’s neck. Other enhancer flavours are being developed.

It works by first peeling off the detachable stevia-sweetened enhancer sachet, then emptying its liquid contents into the bottle. No stirring or shaking is needed to mix them up.

While the lager is drinkable on its own, the enhancer completely changes the character of the beer into one that’s malty, sweet and tangy – essentially turning it into a beer cocktail.

“The launch of our new consumer brand, Amber Nectar, marks a key milestone in the development of our business as a serious contender in the alcohol industry.”