The Crystal Roar is Singapore’s take on somaek 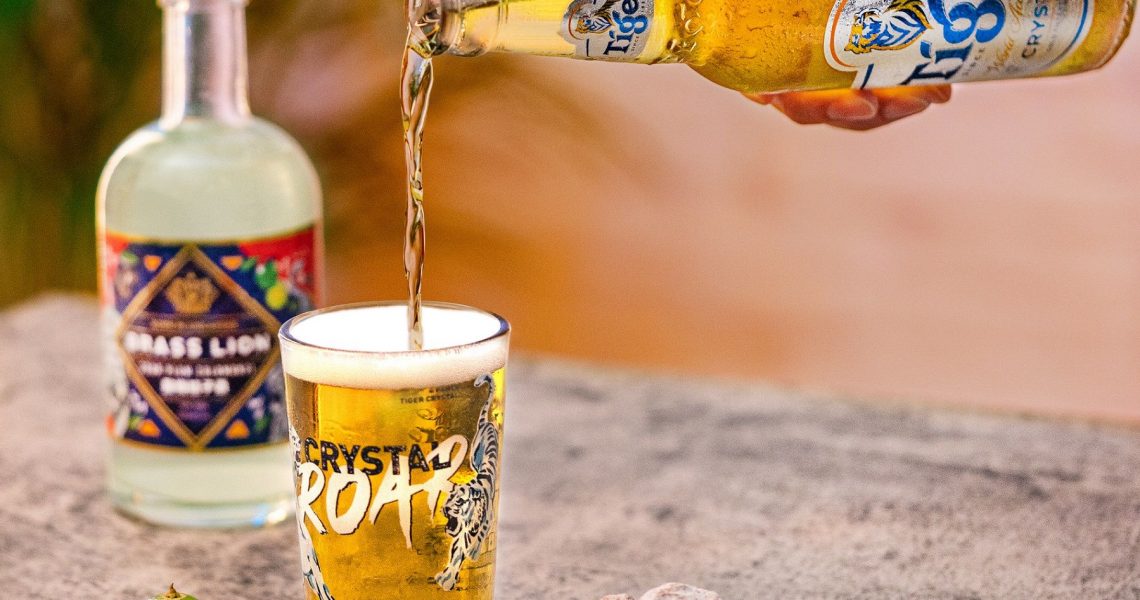 There’s something endearingly joyous about mixing soju with a glass of beer, creating the famed Korean cocktail somaek, then gulping it down effusively with friends who are equally in the mood for some fun. It’s a simple drink, best imbibed in good company, and without too much thought.

Perhaps that’s why Singapore’s own Tiger Beer has collaborated with local distillery Brass Lion, to offer up a drink combination that’s just as merry, but done with a uniquely Singaporean twist.

Named the Crystal Roar, it involves the use of the Tiger Crystal beer and a new, specially-made Brass Lion Sour Plum Calamansi liqueur. The 12% ABV spirit is distilled and macerated with fresh calamansi, sour plums, and zesty peels.

[Read more: Have hawker fare alongside affordable pints at this rooftop taproom in Beauty World]

While perfectly enjoyable on its own chilled, turn it into a Crystal Roar by simply mixing the liqueur with Tiger Crystal in a glass. As you’d expect from a take on the somaek, the Crystal Roar is highly smashable, refreshing, and clean to taste. Fresh calamansi and sour plum flavours then give it that boost of familiar aromas, making it highly moreish and thirst quenching.

“We are thrilled to be partnering with Tiger and jumped at the chance to bring the best of local flavours together,” says Jamie Koh, founder of Brass Lion Distillery.

“When we first started Brass Lion Distillery, it was with the objective of creating a truly Singaporean spirit that we can proudly say was made in Singapore, by Singaporeans. Crystal Roar is an amalgamation of two iconic local brands that have the same purpose and goal in mind – to create drink experiences that celebrate local pride.”

The Crystal Roar can be easily prepared at home by mixing Tiger Crystal and Brass Lion Sour Plum Calamansi liqueur together as you would with making somaek. More details on the liqueur can be found on Brass Lion’s website.

Crystal Roar is also served at participating bars, including Mischief, Timbre+, The Drunken Poet, and more. A map of participating venues can be found here.

PrevPreviousFestive feasts, drinks and experiences to get you into the celebratory mood
Next2022 alcohol beverage trends shaping the year aheadNext
Menu