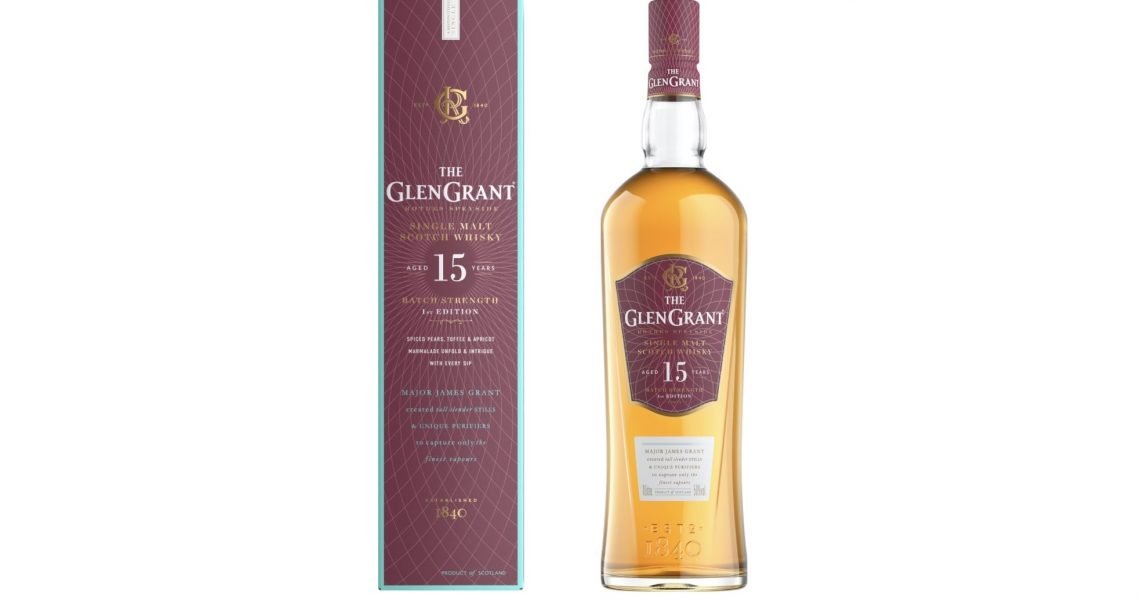 With its 10, 12 and 18 Years Old expressions already known to the market, 181 year-old Speyside distillery The Glen Grant has now released its 15 Years Old Single Malt Scotch in Singapore.

Appealing to avid drinkers looking for something different, the special bottling stands apart from the rest in the core range, differing not just in terms of the number of years spent ageing in casks, but also in terms of proof, as well as being non-chill filtered.

Due to the undulating nature of cask ageing, the 15 is very unlike its closest siblings, the 12 and 18 Years Old. Offering variance beyond the intensity of oak, expect finer distinction in the nuances of its taste profile.

The Glen Grant’s Master Distiller Dennis Malcolm – Scotland’s longest serving distiller – has also chosen to bottle the 15 at 50% ABV ‘Batch Strength’, resulting in an intensified expression of the distillery’s signature style. The other expressions in the core range are bottled at 40-43% ABV.

After maturation in hand-selected first-fill ex-bourbon casks, the potent flavours of the 15 are further enhanced by non-chill filtration for a fuller texture. The whisky offers aromas of citrus and toffee accompanied by a rich palate of spiced pear, apricot and vanilla.

It leaves a nutty finish with delicate notes of fruit, exemplifying the elegant, complex flavour profile that The Glen Grant is most known for.

The launch of The Glen Grant 15 Years Old in Singapore coincides with the brand celebrating the six decade milestone of Malcolm being in service at the historic distillery.

“We take so much pride in creating our unique golden liquid, and we’re proud to see that the consistent quality of these beautiful products continues to be recognized by industry competitions, particularly on the anniversary of our 181st year,” remarks Malcolm. “We are thrilled to see this exquisite premium single malt Scotch shine like this.”

The Glen Grant 15 Years Old is available in Singapore at venues including Dragon Chamber, Public House, and Malts. Bottles are also available via retailers such as Cellarbration, Redmart, and Amazon.

PrevPrevious1925 Brewing Co and Song Fa releases first beer made for pairing with bak kut teh
NextBuy a bottle of Monkey Shoulder, stand to win a neat work-from-home hamperNext
Menu