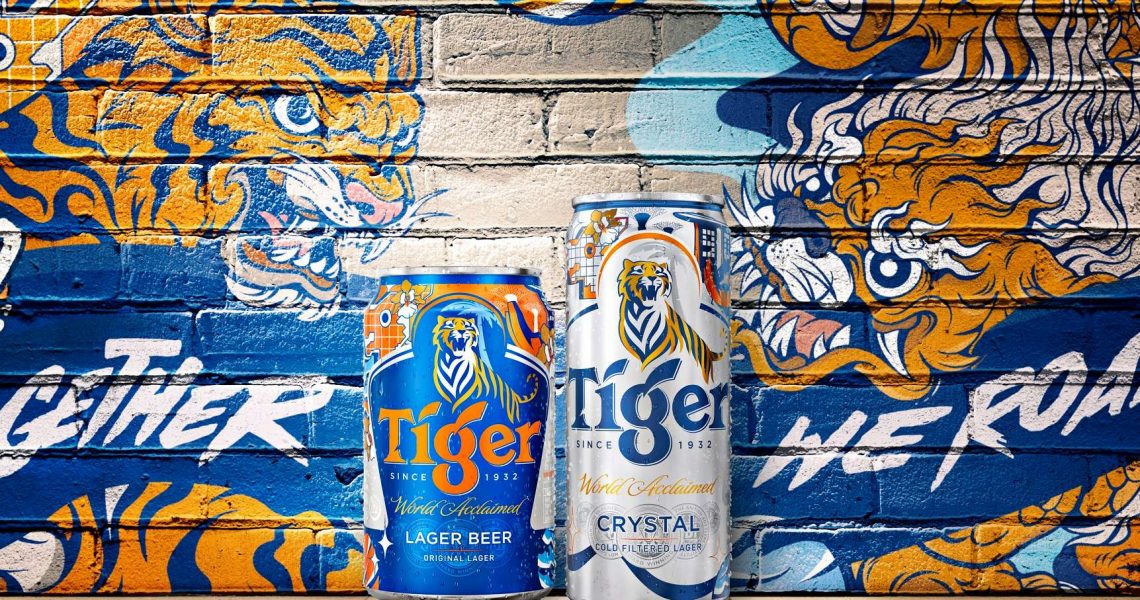 In the blink of an eye, it’s been nine decades since Singapore’s national beer, Tiger Beer, first arrived on the scene. The ubiquitous brew, a pale lager well-suited for drinking ice cold in Singapore’s tropical climate, is now a household name in this part of the world.

The brand has also innovated plenty during these years, launching products like the sweet and fruity Tiger Radler, the cold-filtered Tiger Crystal, and even the advent of their Tiger Brewery Tour, where tourists and locals alike get to visit and learn more about the brand (and drink lots of Tiger Beer, of course).

This year, in celebration of the homegrown brewery’s 90th birthday, they are releasing special limited-edition cans of Tiger and Tiger Crystal, which features Singapore-inspired artwork on them.

The bold motifs are a symbol of the courageous spirit of the Tiger (this year being the year of the Tiger on the Lunar calendar) and the Merlion (Singapore’s national icon), as the two figures come together and roar as one.

Special Tiger merchandise – such as tote bags, t-shirts, bucket hats, and highly coveted mahjong sets – featuring the anniversary designs are up for grabs too, as gifts with purchase at local supermarkets and online retailers.

Local colloquialism ‘It’s Tiger Time’, which was first coined as part of an ad campaign during the pre-internet era, also makes a comeback, jolting not just our sense of nostalgia, but giving the phrase new life as well.

Throughout the 90th anniversary celebration period from August to September, participating bars will hold super happy hour activations as well as promos, where for 90 mins between 6pm-7.30pm, unbeatable deals await to kick start your ‘Tiger Time’.

More details about Tiger’s 90th anniversary celebrations can be found on their website.